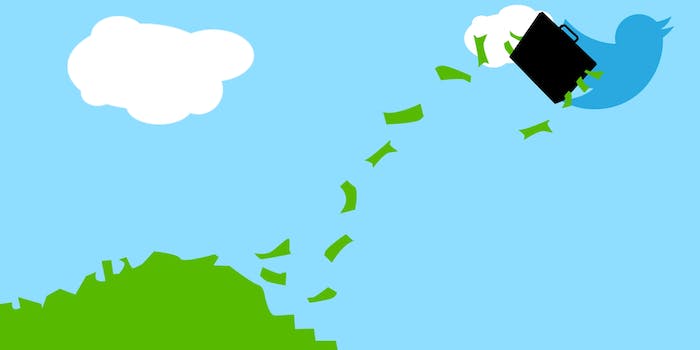 Twitter ‘confidentially’ files for IPO, tweets about it publicly

If you've ever wanted to own a part of Twitter, you may soon have your chance.

If you’ve ever wanted to own a part of Twitter, you may soon have your chance.

The company revealed—in a tweet, naturally—that it filed the required paperwork with the Securities and Exchange Commission to hold an Initial Public Offering (IPO) and float on the stock market.

We’ve confidentially submitted an S-1 to the SEC for a planned IPO. This Tweet does not constitute an offer of any securities for sale.

The company has quietly shifted the pieces into place for an IPO over the last several months, by, for instance, hiring someone to create financial reports for Wall Street traders to pore over.

Twitter will be keen to avoid the sharp dip in stock price Facebook saw after it went public in May 2012. On Wednesday, as Facebook reached an all-time high stock price, CEO Mark Zuckerberg advised Twitter not to worry about going public.

As ever, Twitter was quick to joke about the company’s announcement.

And journalists and media folks flocked to tweet about the story—which is a hell of an endorsement.

Everyone in the news business is currently tweeting about Twitter’s IPO filing, which only proves the value proposition of their product.