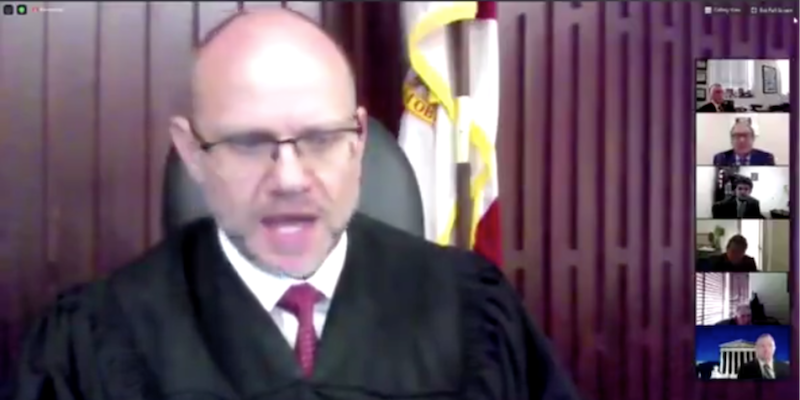 The judge was forced to end the meeting after repeated interruptions.

The trolls, according to Vice, made their way into the meeting by purporting to be staffers from media outlets such as BBC and CNN.

The bond hearing, held for 17-year-old accused Twitter hack mastermind Graham Clark, delved into chaos not longer after it began.

While discussions were being had about the hack, which saw major Twitter accounts taken over to push a Bitcoin scam after an internal company tool was compromised, loud music began to play.

It appears whoever set up the meeting failed to enable settings that would have muted attendees and kept them from being able to take over the screen.

The trolling, referred to as Zoombombing online, continued as users began speaking over the judge. But that was only the beginning.

The judge finally decided to pull the plug. And although the meeting was briefly brought back, the judge was forced to bring it down once again after other users began taking over.

The judge assured those in the call that the next hearing, set for two months from now, would be “password protected.”