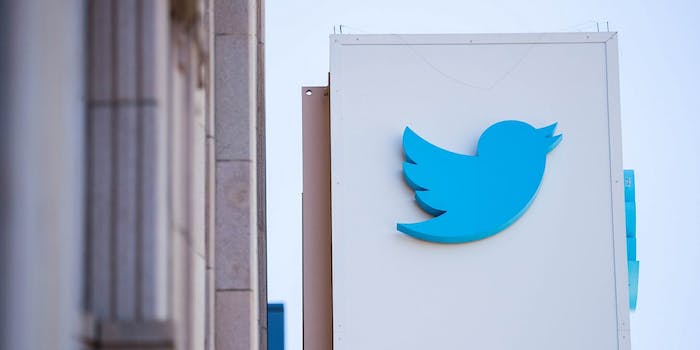 Twitter finally cracks down on fake news and foreign trolls

The social network is prepping for the midterms.

Twitter announced an update to its elections integrity work on Monday, which includes a breakdown of its plans to fight back in the war against fake news.

The upcoming midterm elections present a challenge for sites like Twitter and Facebook after disinformation campaigns marred the 2016 presidential election and plagued the social networks. Twitter’s been hard at work combatting misleading posts, trolls, and false news stories, which found a solid foothold recently.

An update on our elections integrity work https://t.co/VOCgXgYyVJ

Twitter is cracking down on things like the use of stolen or stock photos in avatar pictures, stolen or copied bios, and purposefully misleading profile information. Twitter plans to tackle fake news by removing accounts associated with “intentionally misleading election-related content” and introducing a new registration process for developers. According to the announcement, Twitter has already removed 50 accounts falsely identifying themselves as “members of various state Republican parties,” and 770 accounts “engaging in coordinated behavior which appeared to originate in Iran.”

Working with our industry peers today, we have suspended 284 accounts from Twitter for engaging in coordinated manipulation. Based on our existing analysis, it appears many of these accounts originated from Iran.

The goal is to improve the platform as a whole and ensure that users can stay informed and enjoy truthful information. It also updated the timeline personalization setting “to allow people to select a strictly reverse-chronological experience, without recommended content and recaps,” according to the statement. Features like U.S. election labels for the upcoming midterms, a prompt on the home timeline encouraging voter registration, and new emoji were also announced.