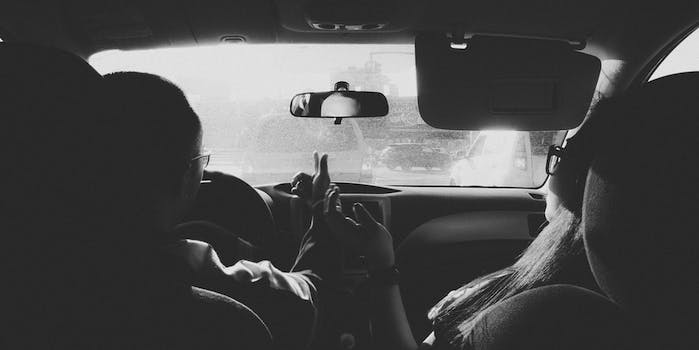 Til Twitter do us part? Study links tweeting to divorce, infidelity

A Mizzou study links Twitter use to relationship conflict.

At first, I thought this study’s conclusion basically amounted to a whole lot of “well, duh”—of course Twitter can be a source of relationship strife when the relationship is between two heavy users. The study doesn’t say that Twitter users are more likely to break up or cheat than non-Twitter users. All it’s saying is that Twitter can cause relationship problems for people who use it. And whenever two people in a relationship share a common interest or activity, it can create tension, as anyone who’s watched Love and Basketball knows all too well. Of course Twitter wouldn’t be a relationship problem for people who don’t use it. So much of what this study concludes is… fairly obvious.

But some of it isn’t. The doctoral student who led the research, Russell Clayton, looked into Twitter after conducting a similar study with Facebook. Facebook’s role as a relationship killer is more well-documented than Twitter’s, both because it is significantly more popular and because of its nature: Facebook is considered the destination to go to connect with old friends and look through someone’s photos and see where they are (which means it’s the destination to go to check in on long-lost loves). You can do that on Twitter, too, but the focus remains on real-time micro-blogging; as a platform, Twitter just isn’t as set up for sentimentality and nostalgia.

But Clayton’s research indicates that Twitter is a better place to flirt your way out of a relationship than one might think. In fact, the findings paralleled those in the Facebook study, suggesting that the impulse to sabotage relationships transcends social platforms; it is plausible that the results would be similar if researchers looked at Snapchat or Instagram next.

Another unexpected conclusion: The duration of the relationship didn’t matter. People who had been together for years were just as likely to experience romantic implosion via sexy direct messages as people who had been dating a short time.

If you and your partner both regularly use Twitter, don’t freak out. According to the research, sharing a joint account can ameliorate problems, but that is extremely tacky and should not be endorsed by anyone. What’s important to remember about this study is that it underlines how shared activities that involve lots of interactions with third parties, like social networking, can breed relationship problems, but it doesn’t mean that it will. This research proves how important it is for couples to be aware that chatting and making connections on social media can be just as threatening as indulging in real life flirtations.

And Twitter can be a relationship-building tool if used correctly, something the research doesn’t touch on. People have used Twitter to propose, to say “I love you,” to post compliments and sincere messages. One couple uses Twitter to explore why they argue (they also used it to announce their engagement). So even though this study highlights that Twitter can sow romantic conflict, it’s not fair to draw a conclusion that using Twitter will automatically weaken your relationship.