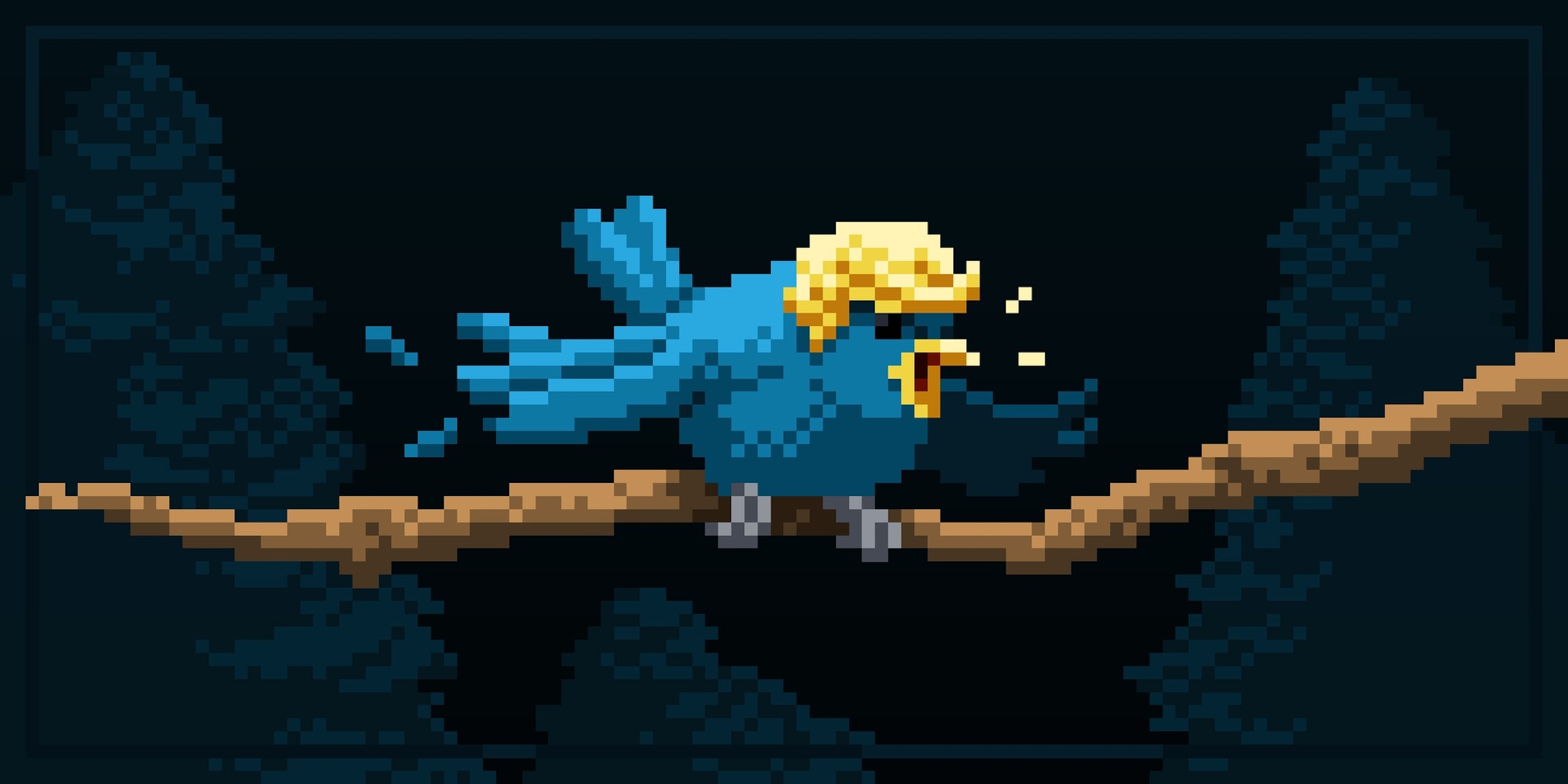 The time for giving him a free pass is over.

For 11 glorious minutes on Thursday evening, the world was safer than it has been at any time since Jan. 20: President Donald Trump‘s Twitter account was temporarily deactivated in what the company initially called “human error.”

Much of the world is instead calling it “human courage” after Twitter revealed a rogue contract employee had suspended Trump’s account on their last day of work. Unfortunately, the president’s account was swiftly restored.

This time might have been a false alarm, but the brief respite from @realDonaldTrump’s toxic daily bursts of threats and bluster laid bare the obvious: Twitter must ban Trump for good.

Since joining Twitter in May 2009, Trump has used the social media account to bully and intimidate his opponents, spread conspiracy theories, and debunked stories. From retweeting anti-semitic memes to calling Sen. Elizabeth Warren (D-Mass.) “Pocahontas” as a pejorative for Native American, to spreading the false story that former President Barack Obama was born in Kenya, Trump has found every bad way to use Twitter and done it on the regular.

All of this seems to be in clear violation of Twitter’s rules, but the company is utterly unwilling to take any action against the president. After all, Trump isn’t just some troll tweeting at politicians—he’s the president of the United States.

In this respect, I can sympathize with Twitter’s position that the president’s tweets are “newsworthy;” and, therefore, allowing him to remain on the platform is somehow acceptable. There is a public interest in knowing what the president is thinking.

And with any other president, this would be the end of the discussion. Banning a politician simply because of what he tweets, especially one as prominent as the American president, is a step I can understand Twitter doesn’t want to take. After all, Twitter has long prided itself on its commitment to free speech and expression. It’s why people like far-right British gadfly Katie Hopkins and notorious conspiracy theorist Paul Joseph Watson are able to continue using the platform.

And that’s fine. Free speech is a cornerstone of democracy. It’s why nobody is gagging for Sens. Marco Rubio (R-Fla.) or Ted Cruz (R-Texas) or Vice President Mike Pence to be banned from Twitter. We might not like what they have to say, but they have every right to say it—and under normal circumstances, robust public debate is a good thing for the country and the world.

As with virtually everything else about this president, though, we’re in uncharted waters. Trump isn’t any other president, nor is he some crackpot writer tweeting inane ramblings about migrants or Islam or Hillary Clinton—he’s an unhinged madman with nuclear weapons.

Trump’s tweets carry the weight of the White House and American military behind them, and they are increasingly being used and viewed as policy pronouncements. This opens up an entirely new can of worms, as Twitter becomes not just another platform in Trump’s media arsenal but rather an existential threat to national security and global stability.

After Trump seemingly threatened war on North Korea (he said the country “won’t be around much longer”), people rightly pointed out that this falls afoul of Twitter’s rules against violent threats. North Korea certainly took that way—they called it a declaration of war.

Instead of taking action, Twitter co-founder Biz Stone doubled down, accusing users of orchestrating a “pile-on.” “You really think the issue doesn’t weigh on us?” he tweeted.

I want to believe it does, but Twitter has a way to go to convince me, and millions of others, that it takes seriously the unique threat Trump’s tweets pose. Stone’s response is utterly tone-deaf and fails to recognize just how dangerous the situation is—or that making an exception for someone in violation of Twitter’s rules just because they are “newsworthy” is a piss-poor reason, especially when so much of what Trump tweets is itself “fake news.”

Herein lies one of the major problems with Twitter’s “newsworthy” excuse. As the New Statesman’s Amelia Tait pointed out last month, there’s really no rhyme or reason to why Twitter users are suspended or banned, especially if they’re public figures. When Rose McGowan violated Twitter’s rules, her account was temporarily disabled, even though she was at the heart of the still-unfolding Harvey Weinstein sexual assault scandal.

McGowan’s position as one of Weinstein’s most vocal accusers was clearly newsworthy—the excuse used for not banning Trump after he threatened North Korea with war—yet Twitter held McGowan to a different standard than the president. “The question remains as to why McGowan wasn’t also protected by this loophole,” Tait writes.

McGowan isn’t the only example. Last year, far-right troll Milo Yiannnopolous was banned for orchestrating a campaign of harassment against Saturday Night Live star Leslie Jones. This was after years of abusive behavior on the site that was, in all fairness, far uglier than anything Trump has personally tweeted.

Yet the precedent is there, and Twitter should extend Trump the same courtesy and ban him. If the issue really does weigh on Twitter, as Stone said, they ought to weigh their options and realize there’s only one thing to do. One (now former) employee already has, and he deserves a gold medal for services to world peace.

Trump’s tweets are already in violation of the site’s own rules, if only they’d choose to see it. Rather than allowing Trump to continue uncensored, Twitter has an opportunity to set the example of how we handle the nexus of social media and geopolitics—by making sure the platform isn’t used to start World War III.