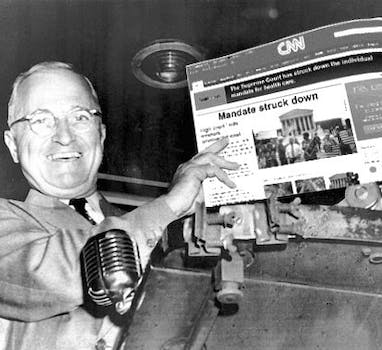 But if you were one of the millions of Americans tuned into CNN, you got a completely different story. The network incorrectly reported that the law had been struck down.

CNN corrected its mistake within minutes, but that didn’t stop the Internet from making an example out of the “worldwide leader in news.”