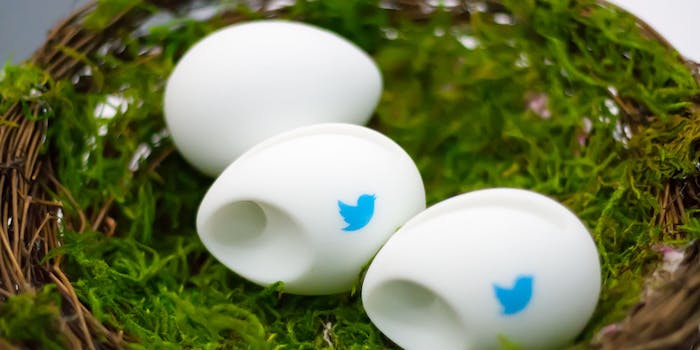 Twitter user habits have changed since the microblogging service began in 2006.

When Twitter first started, hashtags were a little-known chat room quirk and Justin Bieber was just some Canadian kid on YouTube. The microblogging startup that began as a side project for young podcast entrepreneurs is now one of the largest and most culturally significant social networks in the world. It went from a way for tech bloggers to figure out where to party at SXSW to a tool of political protest. The company went public last year and is attempting to expand its user base, and it’s having growing pains as it introduces new features to attract more users.

But some of the biggest changes to Twitter occurred organically. Researchers at Northeastern and Brown universities studied 37 billion tweets from the past seven years to track changes in user behavior. They looked at a “gardenhose” sample of random tweets provided by Twitter, as well as a “crawl” sample of all available tweets. Their findings underline that Twitter is a dynamic social network that hasn’t stopped evolving (and probably doesn’t need a top-down overhaul):

It started in San Francisco, but now Twitter is truly a global social platform. The percentage of users in the U.S. and Canada has dropped from 80 percent to 32 percent. 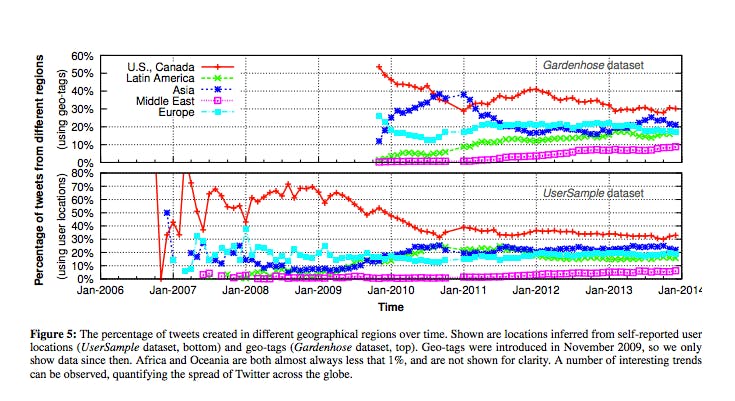 Malicious accounts are on the rise

In the social networking world, you haven’t made it until you have spammer and scammer problems. Twitter has definitely made it. According to the researchers, fake accounts and fake followers have been on the rise since 2009. Six percent of all accounts are suspended.

Twitter went from SMS to desktop to mostly mobile

When Twitter started, many users tweeted through their text messages, but for much of Twitter’s run, tweets originated from laptops and office computers. It’s trending back to mobile now, with more than half the tweets we see come from smartphones and tablets.

Hashtags, which spread from Twitter to Instagram, Facebook, and plenty of other social platforms, have become a part of Internet culture in a bigger way than the idea of the @-symbol. But the @-symbol is on the rise… which underlines that Twitter’s tests to get rid of @-reply mentions would be a mistake.

The retweet button was a later addition to Twitter; initially, to retweet, users had to manually copy and paste someone’s tweet and add “RT” at the beginning. Those were dark days. And they’re almost over—the research indicates manual RTs are on the decline, while use of the retweet button is on the rise.

H/T The Atlantic | Photo via Flickr/Garret Health (CC BY 2.0)