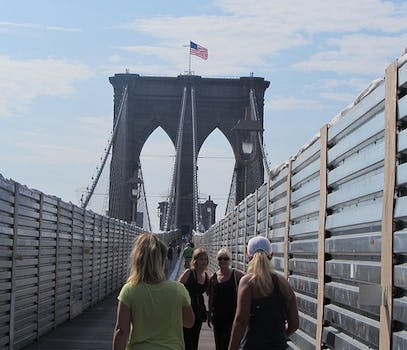 The company argues that information on accounts belonging to Brooklyn Bridge protester Matthew Harris is protected by the Fourth Amendment.

Twitter has refused to hand over the data it holds on Occupy Wall Street protester Malcolm Harris to the New York County District Attorney’s office without a fight.

The company lodged an appeal against a New York court ruling requiring it to hand over three months’ worth of data it holds on accounts believed to have been used by Harris during a Brooklyn Bridge protest last October.

Harris is accused of disorderly conduct and wilfully ignoring police orders, and prosecutors believe the data negates Harris’s claim that police either led or escorted him onto the bridge’s roadway.

Twitter stated in July that it would appeal the decision, and it lodged a formal appeal Monday, The Next Web reports. In the filing, Twitter claims the tweets on the accounts (which have since been shut down) are protected under the Fourth Amendment, since “the government admits that it cannot publicly access them, thus establishing that Defendant maintains a reasonable expectation of privacy in his communications.”

Both Harris and Twitter tried to quash the initial subpoenas ordering Twitter to hand over the data, but Judge Matthew A. Sciarrino Jr. denied the claims in July, and told Twitter to submit the data.

The company argued that not only should the subpoenas (one for each of Harris’s accounts) be quashed, but that Harris does have the right to challenge them under the Federal Stored Communications Act. Twitter also claimed the subpoenas were not “sufficiently circumscribed” under New York’s laws.

Harris faces up to 15 days in jail for disorderly conduct following the Brooklyn Bridge incident, in which more than 700 people were arrested. He pleaded not guilty to the charge.