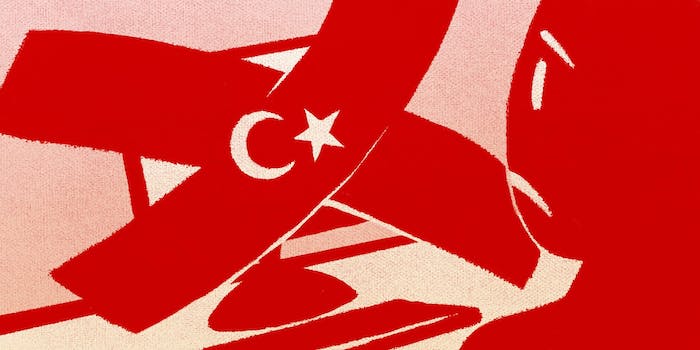 A local judge in İzmir, Turkey, recently banned online access to a 2014 Turkish Supreme Court ruling on arbitrary detention and maltreatment, revealing how the country’s legal internet censorship can further restrict the public’s access to information.

The censored Supreme Court ruling was discovered by a legal scholar who was researching legal precedent.

The redirected error page shown on the tweet above reads:

“Access to this internet site (http://www.kararlaryeni.anayasa.gov.tr/BireyselKarar/Content/4699ad0b-aa70-4935-b504-c8344982bd8f?wordsOnly=False) is banned by the Union of Access Providers according to Law No. 5651 with regards to the following order:

The banned Supreme Court ruling is about a 2008 incident where a physician, Dr. Deniz Yazıcı, was taken into a police car and beaten, then taken to the police station where he was stripped and beaten even more. In his legal complaint against the police officers, Dr. Yazıcı said the officers humiliated him after learning that he is from Diyarbakır (a predominantly Kurdish city in Southeast Turkey) and also claimed there will be no retribution against them, reminding him of a recent case of police impunity. Indeed, the ruling notes that the police officers did not receive any punishment, and decides TRY 20,000 ($8,752) in compensation for non-pecuniary damages.

Three years after the Supreme Court ruling, the local İzmir judge banned not only the ruling’s page, but also various news articles, forum entries and even the protest statement from the Chamber of Doctors for Dr. Deniz Yazıcı.

According to legal scholar Yaman Akdeniz, who discovered two orders of the same effect by the same judge, the ban was actually issued due to a legal request by Dr. Yazıcı’s lawyer, who cited breach of personal rights and damage to his reputation. Turkey’s Internet Law allows individuals to file such requests. Occasionally, it is abused by state officials and companies close to the government to silence their critics.

Kerem Altıparmak, a legal scholar from Ankara University, says the Supreme Court rulings are public information for anyone to use as a reference, pointing out that the local judge did not consider public interest while acting to protect personal rights. Akdeniz adds that previous orders had banned the Turkish Parliament website as well, including a report by the Human Rights Commission.

Dr. Deniz Yazıcı’s lawyer Mehmet Harun Elçi did not respond to our request for comment, the Supreme Court did not issue a statement. The local İzmir judgeship however issued a new order, reversing its ban on the Supreme Court.