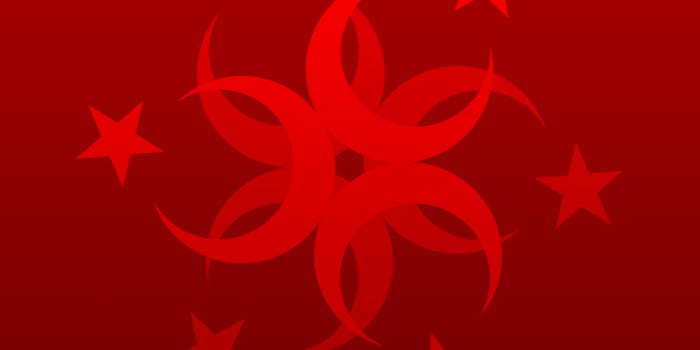 A Turkish mobile service provider is on an unprecedented quest to completely censor a popular hashtag calling out the company’s connection to a government-linked educational foundation that’s caught-up in a child abuse scandal.

In the last month, lawyers of the company, Turkcell, managed to convince five judges to issue 13 separate orders that resulted in the ban of 2,771 tweets. The effort amounts to the greatest censorship campaign carried out by a private company in Turkish history.

Thanks to Turkey’s notorious “Internet Law,” which entitles individuals or companies to claim ‘infringement of personal rights’ due to online content, the judges ruled that the tweets protesting Turkcell with the #TecavuzCell (“#RapeCell”) hashtag are not within the limits of free speech and instead defame Turkcell and give it an unfairly bad reputation.

The #TecavuzCell campaign began in March after a male teacher with the Ensar Foundation was arrested for raping 10 underage male students. Turkcell sponsors a number of Ensar initiatives, and the online protest aimed to force the company to end those sponsorships.

Given Turkey’s crackdown on political opposition and the Ensar Foundation’s links to President Recep Tayyip Erdoğan, however, critics question whether the judges who issued the orders gave them deliberate consideration. Records on one of the court orders verifies that it took less than two hours for the judge to review and order a ban on 217 tweets targeted by Turkcell’s lawyers.

In addition to censoring tweets, Turkcell is also seeking damages from Twitter users. A journalist who tweeted, “If you sponsor rapists, you will lose reputation @Turkcell,” was reportedly sued for 10,000 Turkish Liras (about $3,345) by the company for a tweet.

In the above tweet, which Turkcell also requested to have censored in April, journalist Ali Cemal Karabudak was quoting a Turkish independent movie association, which publicly rejected partnering with Turkcell until they end their sponsorship of the Ensar Foundation.

In fact, many tweets on the court documents indicate that calls for boycotting Turkcell are among the tweets that Turkcell lawyers cited in their court requests as problematic.

A group of Twitter users who organized the boycott campaign under the @TurkcellBoykot account, which Turkcell also attempted to silence, told the Daily Dot that the Internet is the only remaining resort in Turkey that they can use to defend victims and hold companies accountable with mass-boycott campaigns.

Indeed, the public outcry and the calls for boycotting Turkcell are apparently effective, with the company losing about 600,000 customers and declaring a $6.7 million drop in net profits in the first quarter of 2016. A lawyer following Turkcell’s claims for damages commented that the company may seek compensation from protesters for the lost revenue.

Turkish politicians, from President Erdoğan to lower bureaucrats, are known to abuse the Internet Law to censor political criticism, as European Council’s Human Rights Commissioner recently criticized. However, Turkcell’s attempt is the widest in scope by a company, and it sets a precedent for using censorship as a reputation management tool.

A new court order by Milupa, a baby food company, is requesting the censorship of 186 tweets from May 2014 about a lab report that found genetically-modified organisms in Milupa infant formula products in Turkey. In the complaint quoted by the court, Milupa’s lawyers note that they successfully removed 228 URLs of news articles and blog posts about the report, admitting the attempt to clear their bad reputation on Twitter through censorship.

There is a silver lining for free-speech advocates: Twitter is still not giving in to such court orders, arguing that Turkcell’s and Milupa’s demands are in breach of freedom of speech laws in Turkey. In emails sent to thousands of Turkish users, Twitter’s legal department said they will appeal the orders in high courts and will not implement the decisions—for now.