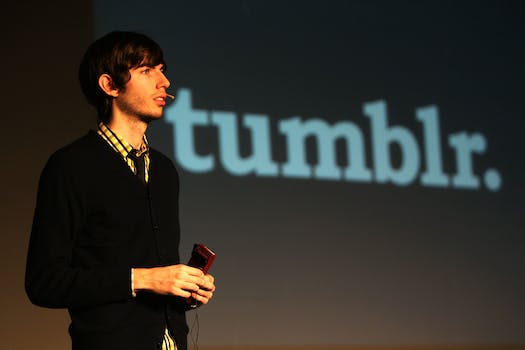 Tumblr made Storyboard editor write his own layoff announcement

What’s the only thing Grinchier than laying off your staff after they’ve done everything you wanted them to do?

Making them write their own firing announcement, of course!

The post cited the project’s tremendous journalistic achievements and high prestige, but indicated that the project had simply served its purpose. With its rosy take on the firings of a large number of Tumblr staffers, it’s abrupt, curt shift from accolades to layoffs, and its notable lack of details, it was the memo heard round the world. It even inspired a New Yorker parody.

What’s more, in keeping with Tumblr’s notable dislike of transparency, Karp wasn’t even going to issue an announcement about Storyboard’s demise until the departing staff put their collective foot down and, according to Mohney, “insisted” that the truth be told:

“We insisted there be a staff blog post about our departure before the news leaked,” explains Mohney, “to make it clear that whatever the reasons for shutting us down, the quality of the work itself was not in question.”

Mohney was reportedly asked—or allowed—to draft the post which Karp eventually posted under his own name. The announcement’s notorious vagueness was due to the three fired staffers knowing no more than anyone else did about the reasons for Storyboard’s shutdown.

Karp has continued to be vague while speaking about the closure, stating that it “wasn’t the right tool” in Tumblr’s toolbox and that Tumblr “didn’t find the formula” to make Storyboard work.

But if “features by publishers ranging from Time to MTV to WNYC—not to mention a nomination for a James Beard Award and entries into this year’s NY Press Club Awards” isn’t the formula for a Tumblr success story, one wonders what is. Karp’s comment to Fast Company’s Innovation Uncensored conference that “If we do too much storytelling ourselves, the fear is that we’re going to take away from our community of storytellers,” may have some truth in it; but many viewed Storyboard as a needed bit of spit-and polish on a site so fast-growing and massive it contains everything from pornbots to serial killer fans.

Karp allegedly only made “light edits” to Mohney’s statement, which prompts us to contemplate whether there was any way the announcement could have been made in a way that wouldn’t have provoked the widespread bafflement it inevitably caused among media hounds and business analysts.

But as Tumblr lumbers towards profitability in its seventh year of phenomenal growth, it’s possible that letting Mohney pen his own farewell note was a token gesture of goodwill for a company whose success is so inevitable it doesn’t need to explain itself.