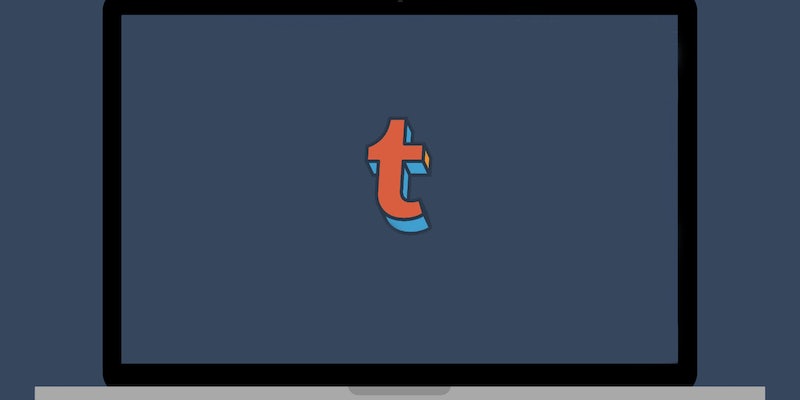 Will this make the platform more accessible?

Tumblr released a promising new dashboard feature on Monday that adds long-awaited discovery functionality and and highlights trending blogs and posts. The new Explore tab is part of Tumblr’s attempt to counter the narrative, promoted by business analysts, that the site’s culture is too hidden or obscure to properly understand.

Tumblr’s Director of Content and Community, Danielle Strle, told the Daily Dot that the company was extremely excited about the feature, which provides a new home for personalized recommendations and trending content. Here’s a screenshot of what a typical recommended blogs page might look on the new Explore tab: 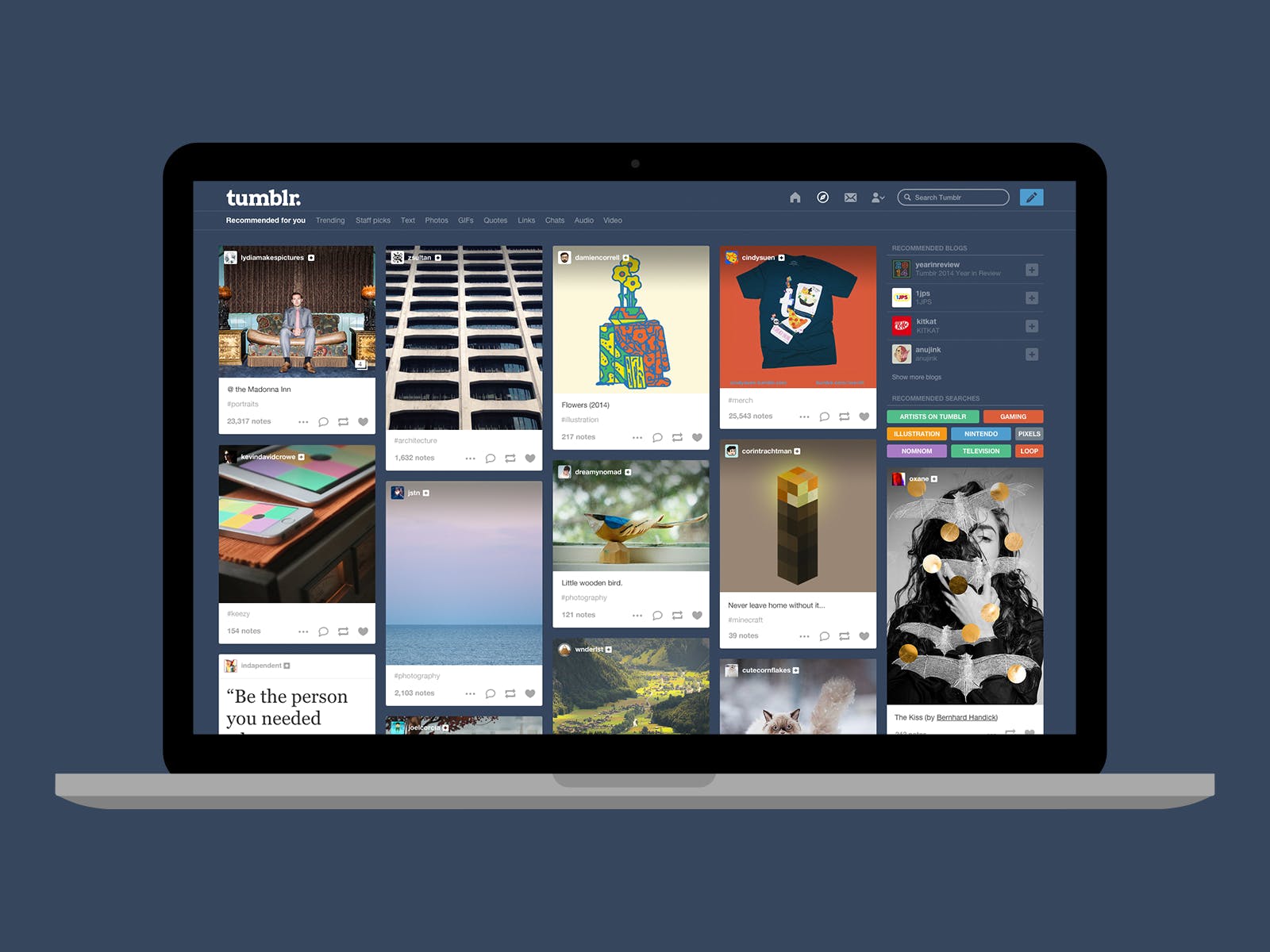 Explore is accessible from the dashboard through a cute new compass icon in the navigation bar.

Each of Tumblr’s seven main post types—text, quotes, links, chats, audio, video, and photo—gets its own separate page on the tab. There are also pages for GIFs, daily trending topics, and recommended topics. Recommended blogs will still appear on users’ dashboards, but they can also access an evergreen list on Explore.

Prior to Explore, trending topics were only available through the site’s mobile app. Strle said web access to them was something users “have been asking for for a really long time.”

Explore also features a staff pick section, which Strle promised would be updated regularly, and a recommended tags sidebar.

Strle told the Daily Dot that her team had been tweaking the recommendation algorithm “for months” to get it ready for Monday’s launch. Except for the staff picks, the content is “controlled by everyone on Tumblr,” she said. “It’s definitely a really unique view of what is going on on the Internet.” 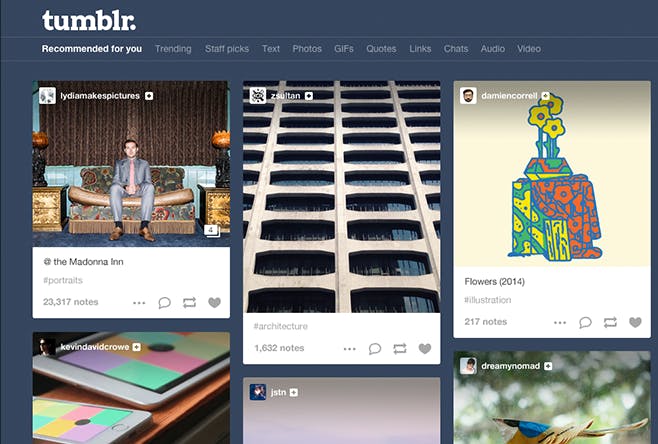 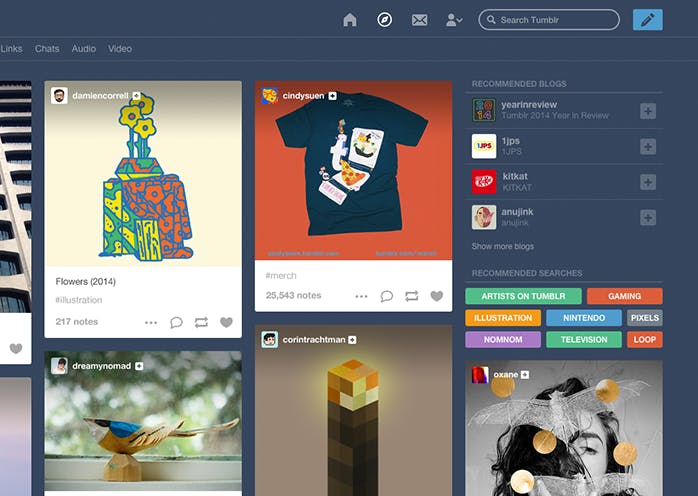 Since well before its acquisition by Yahoo, Tumblr struggled to overcome the perception that it was too confusing or impenetrable for investors and later advertisers to understand. One of the most obvious ways the company has worked to confound this perception is with greater transparency, especially regarding public data.

In addition to its annual Year in Review, which highlights the most popular Tumblr content of the year, the company has added official blogs—like staff, Hello From Tumblr, and Marketr—to highlight updates, news, and features on the site. It also added popular recommended posts and an expanded spotlight section to highlight both the technical features of the site as well as the cool events and people that make the site and its 70-80 million users special.

For Tumblr, however, the big draw of the Explore tab is the ability to easily present public user data to non-users. Trending posts will be available to everyone, whether or not they are logged into a Tumblr account. The company is clearly hoping that this view will help reveal Tumblr culture to the uninitiated, making the site feel more accessible to potential users.

But however much marketers might be salivating at the thought of knowing what’s hot on Tumblr today, Strle said the feature was designed primarily to help the Tumblr community, not the website’s advertisers.  “We got such positive feedback from everyone about the stuff that they’re seeing” in the recommended blogs section, she said, “that we wanted to give it a home.”

Explore will roll out incrementally on Tuesday. Sterle said that Tumblr had plans to do even more with its vast library of content: “We’re just getting started.”