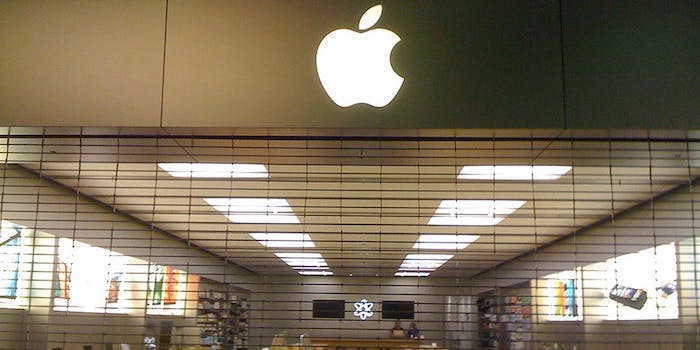 The last days of TUAW, the Unofficial Apple Weblog

I don’t remember the Internet without there being TUAW.

Founded in 2004, TUAW, or the Unofficial Apple Weblog, was one of the longest-running sites dedicated to covering all things Apple, and as of today, it is no more. The site still exists—insofar as navigating to its url won’t lead you to a dead page—but publishing has ceased. TUAW, as the Internet knew it for a decade, is gone.

I had the privilege of writing for TUAW for a long time, and this is my goodbye.

When I say I wrote for TUAW for “a long time,” I mean in Internet journalism terms. Two years, which was my stint at the site, is a nice chunk of time in the digital age, but it’s really nothing compared to how long the majority of the contributors and staff have been a part of the site.

It matters more to be true to yourself, and to the readers who loved the site.

By the time my final post was published, I’d written a total of 1,224 stories. That would be respectable or even impressive at many sites, but not at TUAW. Steve Sande, a longtime editor and the go-to guru for any question I’ve had since the day I started, has written 6,030. That’s 2.3 million words from a single person, all for the same site and the same community of readers.

That’s one of the things that made TUAW a rarity.

It’s not easy to sustain an entire website, its staff, and generate millions upon millions of pageviews based on the slow trickle of Apple information that seeps out during any given week. Apple is very tight-lipped, and while some writers have definitely found a way to break the notoriously opaque Apple veil, the majority of sites dedicated to the company rely on their own creativity and style to create original content or put a fresh spin on stories that are already out there. That’s where TUAW did its best work. 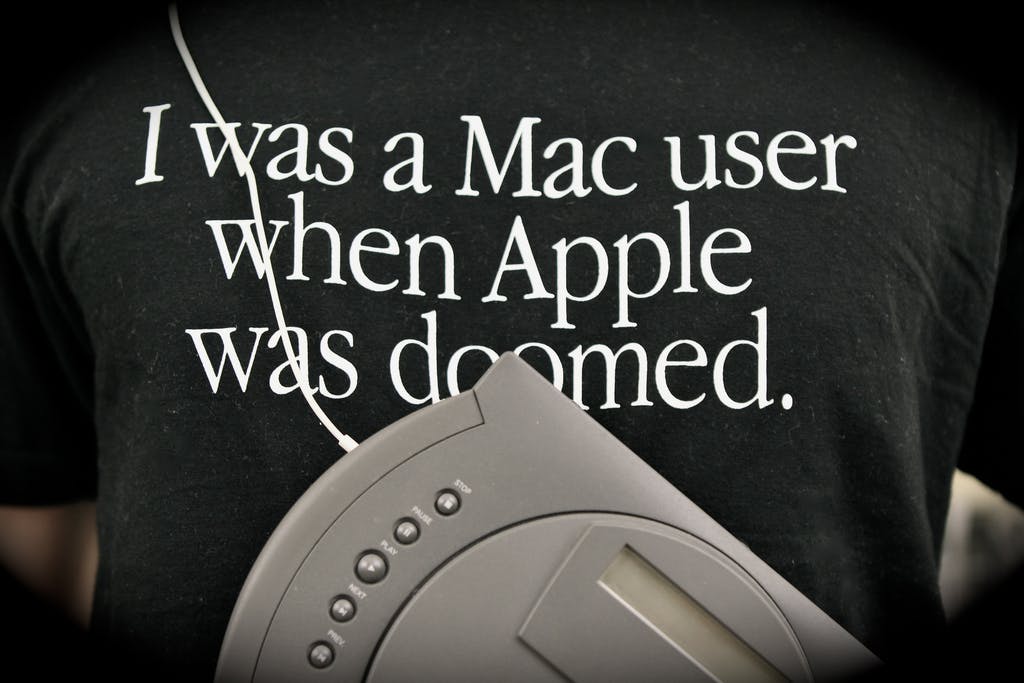 Breaking news wasn’t always a top priority, because if you have a voice that is trusted and a perspective that the readers enjoy, “EXCLUSIVE” doesn’t matter as much as you’d probably think it does. It matters more to be true to yourself, and to the readers who loved the site. TUAW was unique because the writers loved them back.

Apple fans are—above all else—fiercely loyal. This became clearer than ever when I participated in TUAW’s first liveblog. I don’t remember exactly what Apple event we were covering, but I was simply along for the ride and to perhaps offer a few blurbs of Apple info along the way while the more seasoned vets cranked out instant updates. When the event ended I was impressed with how well-oiled the TUAW machine worked.

Once the lingering pain of AOL’s decision to shut down the site has passed and the staff thrives elsewhere, those emails are what I’ll think of first.

I went about my usual business for an hour or so before I clicked over to my email inbox and saw a massive chunk of messages had been submitted through TUAW’s “News Tips” system. All of them had some variation of “About the liveblog” in the subject line and I felt an instant twitch of panic race through me.

Had I done something wrong? Did someone post some incorrect info about the new iPhone or iPad? Did one of my jokes offend hundreds of thousands of people? I clicked the first email with a nervous hand and what I saw blew me away. It was a reader who had taken the time to write a solid five or six lines about how much he enjoyed our coverage of the event. Unbelievable.

The next email closely resembled the first, and the third as well. From single declarations of “Great job!” to emails waxing about how great our team was, every single one of the two dozen-or-so emails was a pat on the back.

I don’t know if you know anything about the Internet, but that isn’t normal. If someone takes the time to give feedback to a publisher, it usually isn’t kind. If you need proof, just go read some YouTube comments.

My fellow writers—who you’ll hear from in just a second—are a fantastic group of people, and I am endlessly thankful and seriously humbled to have worked with each and every one of them. But once the lingering pain of AOL’s decision to shut down the site has passed and the staff thrives elsewhere, those emails are what I’ll think of first when I remember my time at the site. That is what I will miss most of all about TUAW.

When the idea to do this piece first popped up, I knew I wanted to gather intel from some of my now-former cohorts, and as has been the case whenever I’ve asked them for something, their response was instant—definitely faster than the Genius Bar.

I had the privilege of working with some of the best at TUAW. I know this because I started at TUAW as a commenter. I became the top-rated commenter on the site, back when bloggers ranked commenters. Eventually I wound up writing at DownloadSquad before I proved I was good enough to be at TUAW. It’s been a great ride, and my world has expanded in ways I never imagined. A great resource and great staff will be missed. — 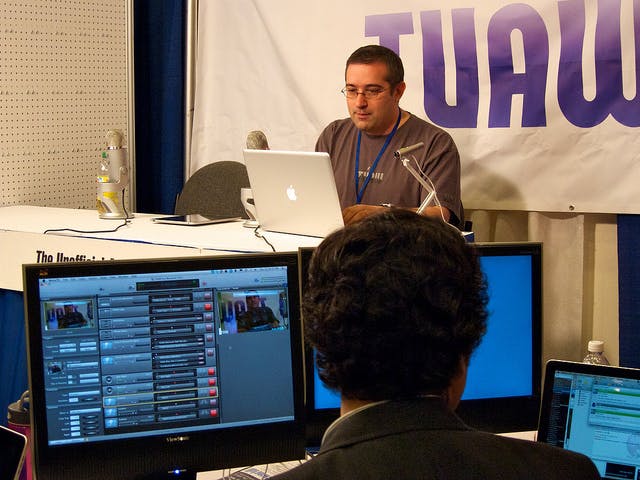 I have been an online writer for many years, but I always wanted to write for a real site. In August of 2007, TUAW put out a ‘casting call’ for writers, so I submitted some material and promptly heard… nothing. In April of 2008 I was sitting in an airport awaiting a flight home when I got the call from Scott McNulty, who asked me to quickly write three fake posts and send them to him. Since my flight was about to leave, that was some of the fastest writing I’ve ever done. I was hired on as a freelancer and promptly got to work writing. I consider my years at TUAW as one of the greatest learning experiences I’ve ever had, especially with Mike Rose always willing to give me constructive criticism about my work. This was an amazing team to work with, and I only hope that my next gig is as much fun.”

I started with TUAW before it was purchased with AOL. Since then I’ve been able to travel, meet amazing people, write and make friends in the tech and writing industries. It’s been a great time and I’ll always remember my 10 years with TUAW fondly.” – Dave Caolo, Editor“Blogging is an inherently solitary activity, and blogging about technology even more so. (Cue the ‘get out of your parents’ basements’ chorus.) But what I was surprised to discover in my years with TUAW was the degree to which working on the site made me more connected to people, more social, more engaged. I always felt that I was part of something special, both in the sense of our core team of contributors and as part of the larger confraternity of ‘the Mac Web.’ Now, looking back, I realize that many of my dear friends would not be part of my life if it weren’t for TUAW …
I hope that everyone who worked at TUAW and everyone who enjoyed reading, watching or listening to what we did leaves with warm memories of the site. I know I do.

TUAW was a wonderful place to work, a site where I actually looked forward to writing each day. I remember how in awe I was when I first started there. I couldn’t believe I got to work the likes of Dave Caolo, Steve Sande, and Erica Sadun. Little me among those Apple superstars. Then I got to meet the rest of the crew, and it just felt like home.
What I will miss most is the daily IRC banter and the excitement of an Apple launch event when we would all come together and share our excitement for Apple with the world. I think Erica Sadun said it best in a recent tweet. ‘RIP @TUAW. It was family, it was friends, it was community.’ It will be sorely missed.

“I started with TUAW before it was purchased with AOL. Since then I’ve been able to travel, meet amazing people, write and make friends in the tech and writing industries. It’s been a great time and I’ll always remember my 10 years with TUAW fondly.”

The legacy lives on

TUAW will be gone, and while the content itself is being relocated under the Engadget banner simply because it’s such a wealth of content and an endlessly valuable archive of Apple coverage, no one on the TUAW staff currently plans to remain a part of AOL’s tech coverage circle. Instead, you’ll be able to find the TUAW legacy carried on in a variety of other forms.

Three TUAW veterans (Steve Sande, Dave Caolo, and Kelly Hodgkins) have started Apple World Today, which will carry on the traditions of TUAW while moving in new directions that weren’t possible before. It launches on Feb. 9, so mark your calendars.

Likewise, fans of TUAW’s Talkcast will be able to continue consuming delicious audio bits about Apple, tech, and general geekdom on the Aftershow, hosted by Michael T. Rose and Kelly Guimont.

As for me, I’ll be here at the Daily Dot, writing about tech, esports, and all kinds of other awesome things. Including, of course, Apple.

Photo via kimubert/Flickr (CC BY 2.0)