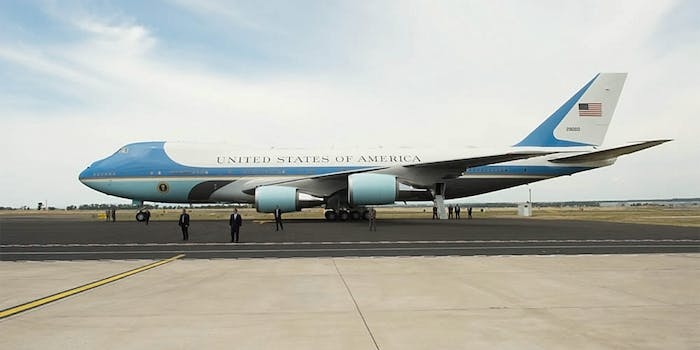 Secret Service taps out its budget protecting Trump and his family

The Secret Service has already reached a federally mandated cap on salary and overtime.

The size of President Donald Trump’s family and his frequent trips to personal properties have drained the yearly budget the Secret Service has to pay its agents, according to a report.

Trump has 42 people under protection by the Secret Service, up from the 31 people the agency was tasked with protecting under former President Barack Obama.

“The president has a large family, and our responsibility is required in law,” Alles told USA Today.”I can’t change that. I have no flexibility.”

Trump has made almost-weekly trips to his properties since taking office earlier this year. Trump spent many of the winter months flying to Florida to spend time in his Mar-a-Lago resort and recently has spent weekends at his golf club in Bedminster, New Jersey.

Trump’s frequent travel—and the costs associated with it—was also criticized after he announced on Twitter that the U.S. military would no longer accept transgender personnel due to “tremendous military costs.” Trump’s trips to the resort in Florida cost twice as much as all of the transgender medical expenses in the military.

USA Today reports that Alles has been speaking with members of Congress to lift the salary and overtime cap for Secret Service agents from $160,000 per year to $187,000 for at least Trump’s first term as president.

However, the newspaper reported, that raised cap would still leave around 130 agents without being fully compensated for hours they have already served.

You can read all of USA Today’s report here.