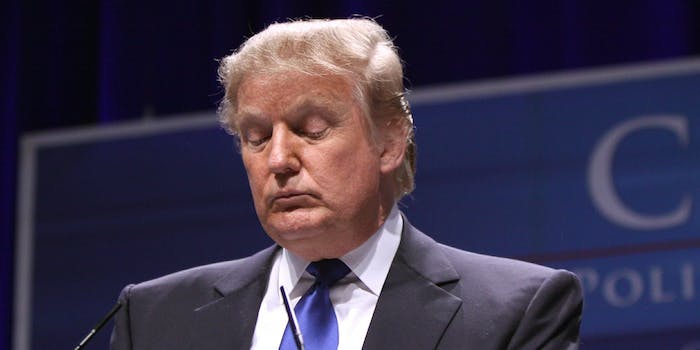 The numbers aren't good for the president.

Nearly half of Americans think President Donald Trump will be remembered as the worst president in history, according to a new poll.

Marist University polled Americans and found that 42 percent of them thought Trump would be remembered as the worst president in United States history, with another 16 percent saying he would be seen as a below-average leader.

“Deep into his first year as president, Donald Trump’s less than stellar approval rating has lowered expectations about how history will judge him,” Dr. Lee M. Miringoff, director of the Marist College Institute for Public Opinion, said in a statement.  “For history to treat him kinder, he will have to up his game.”

Only 7 percent of people polled said they thought he would be remembered as one of the best presidents in history.

However, independent voters also had a negative view of Trump. Among those polled, 60 percent said Trump would be recalled as a below-average president or one of the worst in history.

As of Thursday evening, Trump’s overall approval rating was 36 percent, according to Gallup.

You can read more about Marist’s poll here.