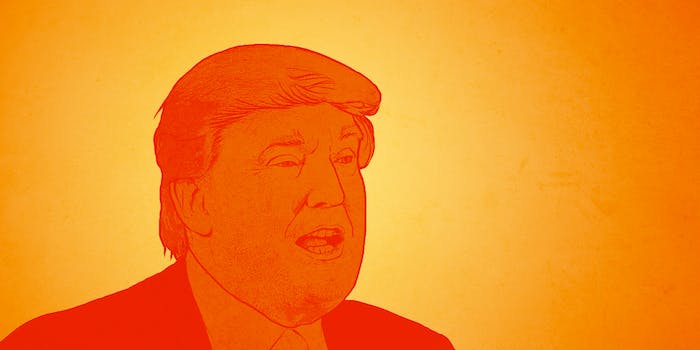 An expected landslide victory for the presumptive nominee.

Even before he became the presumptive GOP nominee last week—following his final two primary opponents, Texas Sen. Ted Cruz and Ohio Gov. John Kasich dropping out of the race—Trump’s victory in West Virginia was all but assured. A pair of polls taken in the days prior to Trump becoming the last man standing in the Republican field showed the former reality TV beating his closest rival by an average of 35 points.

West Virginia awards 34 delegates total. Nine are awarded based on the popular vote. The remaining 25 are elected, meaning they may not necessarily vote for Trump.

While Trump is still technically short of the 1,237 he needs to official clinch the nomination—he has 1,071, including some from West Virginia—the delegate math matters considerably less now that Cruz and Kasich have abandoned their efforts to stay in the race long enough to hopefully prevail amid the chaos of a contested convention.

What’s more important for Trump at the moment is getting over the #NeverTrump element in the party. While this crowd may not be angry enough to pull the lever in November for former Secretary of State Hillary Clinton, they could end up just staying home.

Trump has insisted that party unity isn’t essential to win in a general election, but unwillingness of some party leaders, most notably House Speaker Paul Ryan, to hop aboard the Trump bandwagon could ultimately prove problematic.

Republican voters will also cast their ballots in the Nevada primary on Tuesday. Trump is expected to win the state by a large margin. Polls close in the state at 8pm CT.

Correction: Of West Virginia’s 34 delegates, nine are winner-take-all based on the popular vote in the state’s three congressional districts. The remaining 25 are elected by voters.