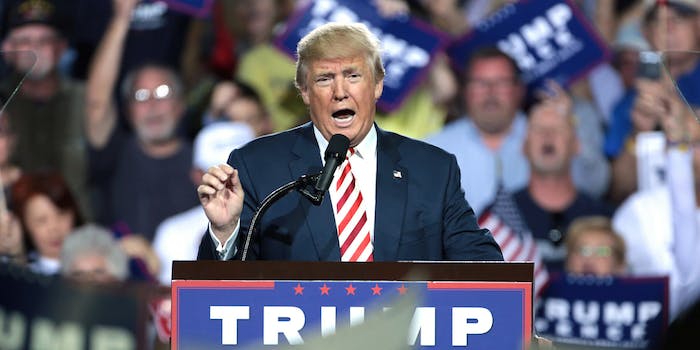 President Donald Trump has not yet signed bipartisan legislation condemning white supremacists and neo-Nazi’s that passed through Congress in the wake of the violence that erupted in Charlottesville, Virginia, earlier this summer.

The legislation condemned the white supremacy rally, “urges” Trump to “speak out against hate groups that espouse racism, extremism, xenophobia, anti-Semitism and white supremacy,” Politico reports, and asks Trump to use “all resources available” to curb the “growing prevalence of those hate groups in the United States.”

On Tuesday night, the White House implied that it had not yet signed the resolution.

Asked whether president will sign, WH spox says "No announcements at this time." https://t.co/Scf2yh14AW

Trump’s response to Charlottesville was harshly criticized. Following the clash between the large group of white nationalists holding a rally in the small college town and counterprotesters Trump condemned “both sides” for the violence. Heather Heyer, a counterprotester, was killed when a man with suspected neo-Nazi ties rammed his car into a crowd of people.

The anti-white supremacy legislation calls the Charlottesville incident a “domestic terrorist attack.” Lawmakers introduced it as a joint resolution rather than a concurrent resolution because it will require Trump to sign it.