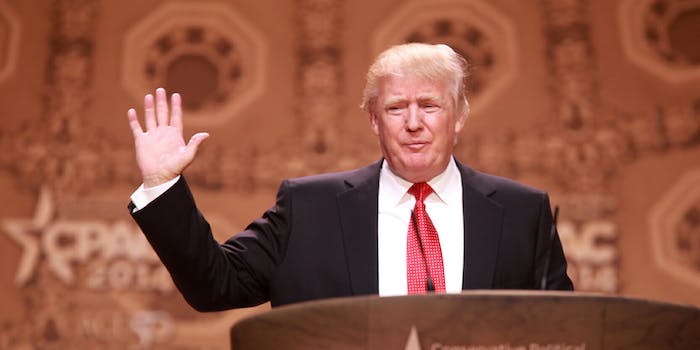 Trump is not going to invade Venezuela, probably.

Today is the Fourth of July, the holiday where the nation rejoices in the qualities inherent in all of us that make up America.

Like the fault endemic to all our presidents which makes them think incessant, global warfare is the solution to all our problems. In this regard, President Donald Trump—our norm shattering president—is no different than all the rest.

Except instead of eyeing a Middle East nation, Trump had his sights set on invading Venezuela.

Sure, why not? We love our troops.

A report from Associated Press said that last summer, while Venezuela was in the midst of political turmoil, Trump asked his advisers if we (America) could invade it (Venezuela, an independent, autonomous nation state).

As a meeting last August in the Oval Office to discuss sanctions on Venezuela was concluding, President Donald Trump turned to his top aides and asked an unsettling question: With a fast unraveling Venezuela threatening regional security, why can’t the U.S. just simply invade the troubled country?

The suggestion stunned those present at the meeting, including U.S. Secretary of State Rex Tillerson and national security adviser H.R. McMaster, both of whom have since left the administration. This account of the previously undisclosed conversation comes from a senior administration official familiar with what was said.

Who was his inspiration? Why the actor turned president who preceded him.

But Trump pushed back. Although he gave no indication he was about to order up military plans, he pointed to what he considered past cases of successful gunboat diplomacy in the region, according to the official, like the invasions of Panama and Grenada in the 1980s.

As this happened last August, it appears the president—for now—has decided against unilateral intervention in a foreign nation.

What a way to put a damper on the dang holiday!!