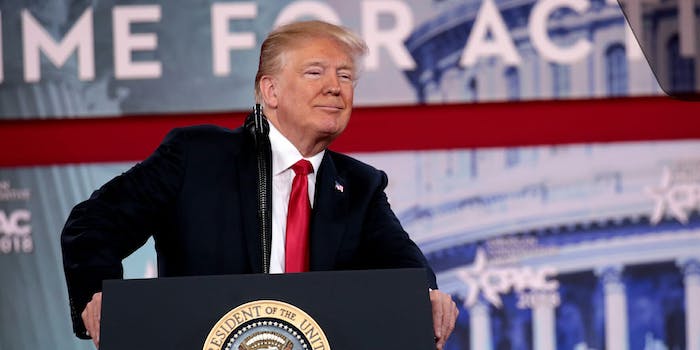 No one is reading Trump’s tweets anymore

A majority of Americans have decided that President Donald Trump‘s near-daily Twitter messages aren’t worth their time, according to a new survey.

The survey, by Morning Consult and Public Affairs Council, found that 59 percent of those polled “rarely or never read” the president’s tweets. Only 15 percent of Americans said they read his tweets very often.

Surprisingly, the poll found Democrats read Trump’s tweets more often than Republicans or independent voters. Nearly half, 46 percent, of Democrats polled said they read the president’s tweets at least “somewhat often,” compared to 43 percent of Republicans and 36 percent of independents.

The poll also found that when the president criticizes a company, 41 percent of Americans don’t have a change in opinion about them, and only 10 percent said it gives them a less favorable opinion.

Trump’s prolific use of Twitter is well documented. The president routinely uses the social media platform to gripe about current events, make his opinions known, and even announce major policy decisions or shake-ups in his administration. Trump also used Twitter before running for office.

While the poll shows many people may not be watching the president’s Twitter feed, courts ruled earlier this year that Trump blocking people on Twitter violated their First Amendment rights.

You can see all of the Morning Consult and Public Affairs Council survey here.