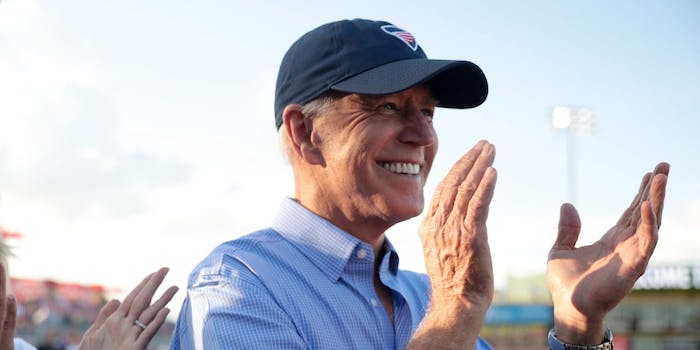 It's a fitting amount.

Yesterday, the New York Times revealed that it had acquired Trump’s long-sought tax returns. For years, Trump has refused to release his returns, breaking with decades-old tradition for presidential candidates. Simultaneously, he has bragged about how much he pays in taxes and complained about how little others pay.

The Times‘ story, the first of several, contained numerous stunning details about the president’s finances and tax liability. For one, though he’s sold himself as a masterful businessman, many of his businesses operate at huge losses and he’s actually in staggering debt, much of which comes due in the next few years. A large portion of his income in the 21st century has come from his star turn on The Apprentice, though that too has dwindled of late.

Perhaps most shockingly, the Times alleges that for 10 of the last 15 years, Trump paid nothing in federal income taxes by writing off his massive debts and losses. In both 2016 and 2017, the year he won the presidency and his first year in office, he paid a mere $750 in income taxes.

This final detail dropped jaws across the internet.

The Biden campaign wasted no time capitalizing on the shock and outrage. Within hours, Biden released an ad comparing the average annual federal income taxes of working Americans with Trump’s $750 tax bill.

Inspired and appalled by Trump’s purported tax-dodging, people began donating amounts equivalent to his tax bill to the Biden campaign and urging others to do the same.

Former federal prosecutor Preet Bharara, whom Trump fired in 2017, appears to have been the first to call for a $750 donation to Biden in light of the revelations.

Others followed suit. Those who couldn’t afford $750 chipped in smaller symbolic amounts of $7.50 or $75.

Biden’s campaign has outraised Trump in the last several months. This latest surge of donations may further increase his fundraising lead.