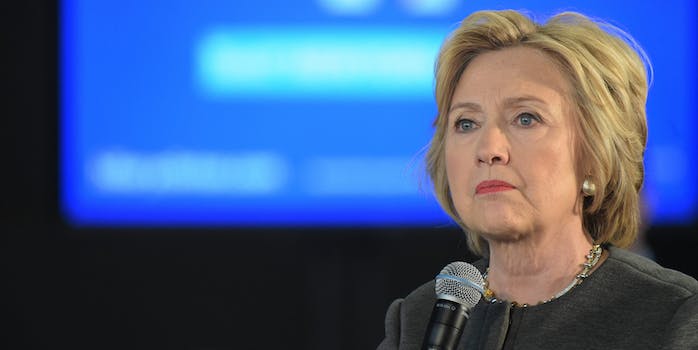 Well, that's one way to celebrate.

In a tweet on Tuesday morning, Dan Scavino Jr. posted a screen shot of then-Campaign Manager Kellyanne Conway’s phone showing a call from Huma Abedin, a senior member of Clinton’s campaign, from 2:30am on election night.

“I have on video & will share that in the near future,” Scavino wrote.

Screen shot via @KellyannePolls cell phone- of Huma's call at 2:30amE….6 months ago. I have on video & will share that in the near future. pic.twitter.com/Mzy2o8XXwQ

Conway, who is now a counselor to Trump, soon responded on Twitter, re-tweeting Scavino and writing “#memories.”

Hey, @DanScavino, has EVERYONE "accepted the election results" yet? https://t.co/pYo0TfvyqF

Conway told Good Morning America following Trump’s victory that she “received a call from Huma Abedin” in the small hours of Nov. 9 before she handed her phone to Trump.

“He respects her and her family,” she added. “It was a very pleasant exchange.”

The results of November’s election seem to crop up a lot from Trump and his staff.

Last month, Trump tweeted “The election is over!” in response to several protests on Tax Day where people demanded Trump release his tax returns.

On May 2, Trump again brought up Clinton on Twitter, saying that FBI Director James Comey was “the best thing that ever happened to Hillary Clinton.”

Trump even handed out printouts of the electoral college map to reporters during a recent interview with Reuters (where he admitted he thought being president “would be easier” than it is).