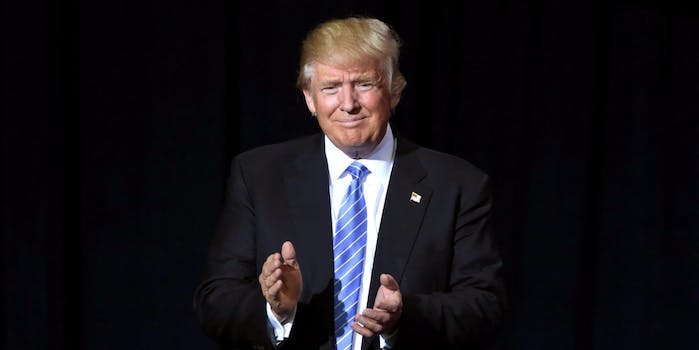 Is this meme Trump shared a Q message or an accidental reference to Nero?

The meme Trump shared—while spending another weekend on the links as coronavirus cases ratchet ever higher and the stock market plunges—has some likening Trump to Emperor Nero, who, legend has it, fiddled as Rome burned.

QAnon followers, meanwhile, think that it’s a message just for them.

Trump plays the fiddle in the meme, captioned, “My next piece is called nothing can stop what’s coming.”

Trump retweeted it and wrote, “Who knows what this means, but it sounds good to me!”

The Nero references came pouring in.

“It means that playing golf while Americans die during an uncontained epidemic makes you look like the Emperor Nero fiddling while Rome burned,” retorted former FBI assistant director Frank Figliuzzi. “The fact that neither you nor your social media director understand this meme and retweeted it makes you even more oblivious than Nero.”

On the backs of the Nero references, QAnon followers came to “correct” the record. Trump, they said, was signaling to them by using a phrase popular among the conspiracy theorists.

QAnon followers believe that Trump is fighting to take down a global Satanic pedophile cabal comprising prominent liberals. The conspiracy theorists are always on the lookout for signs to prove that they’re right and that the president also is aware.

“Nothing can stop what happens next,” is a popular Q phrase.

Either way, in the midst of a global pandemic, it’s not the most important way to be tweeting.