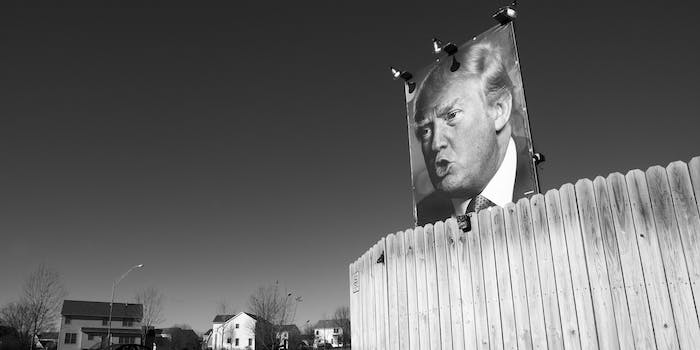 Trump: Mexico will pay U.S. back for the ‘Great Wall’

This could cost taxpayers as much as $25 billion.

President-elect Donald Trump claimed Friday morning that, even if the United States pays for his U.S.–Mexico border wall at first, Mexico will pay us back for it.

Trump had promised throughout his campaign that he would build a wall along the U.S. southern border, which would be paid for by Mexico. Friday’s statement on Twitter confirms a wrinkle to that promise, which could—at least temporarily—cost taxpayers billions of dollars.

Trump’s tweet follows news that Trump’s transition team has reportedly told members of Congress that it would prefer to fund the president-elect’s wall through the appropriations process rather than a separate bill. Trump first said the U.S. may need to be reimbursed for the wall in October.

Rep. Chris Collins (R-N.Y.), a surrogate for Trump’s transition team, told CNN on Friday that, while American taxpayers may have to front the cost of the wall’s construction, the Trump transition team is confident Mexico will reimburse the U.S.

“When you understand that Mexico’s economy is dependent upon US consumers, Donald Trump has all the cards he needs to play,” Collins said. “On the trade negotiation side, I don’t think it’s that difficult for Donald Trump to convince Mexico that it’s in their best interest to reimburse us for building the wall.”

Fencing currently runs along 702 miles of U.S.–Mexico border. Trump has estimated that the cost of building a wall along the remaining 2,000 miles of border area would cost between $8 billion and $12 billion. A study by research firm AllianceBernstein puts the cost at $15 billion to $25 billion.