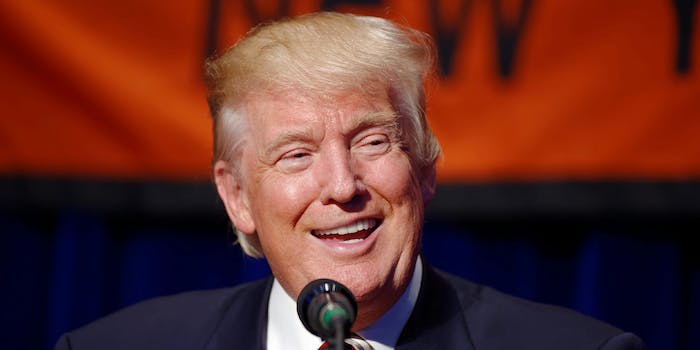 Trump is lovin' it.

As the federal investigation into Russian election meddling heats up, virtually anyone who has had any proximity to President Donald Trump is being called in to testify—and it’s resulting in some bizarre anecdotes.

The latest revelation: Trump has an unhealthy craving for McDonald’s.

After the House Intelligence Committee announced members would be interviewing former Trump bodyguard Keith Schiller, Politico checked into the former security aide’s history with Trump. What they found was a little bit cheesy—literally.

When the White House chef didn’t make a hamburger to Trump’s liking, Schiller was the man Trump reportedly turned to for quick food runs up the street to grab Egg McMuffins in the morning. In the afternoon, he’d grab the president two quarter-pounders with cheese, no pickles, and extra ketchup, a large fries, and an apple pie, according to Politico.

Schiller joined Trump’s personnel in 2005 from his post as a police for the New York Police Department. Schiller oversaw the daily dealings of Trump’s world, from handing fired former FBI Director James Comey his presidential pink slip to stopping protestors from rushing the president.