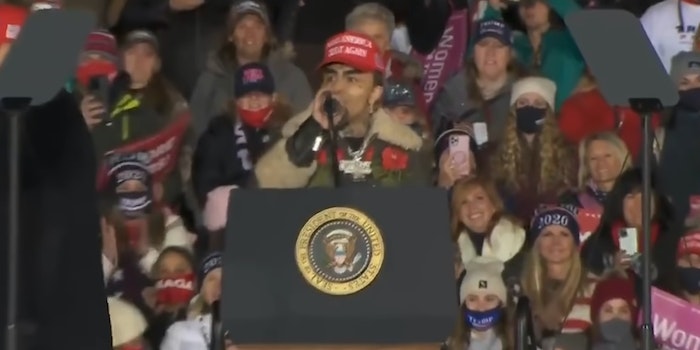 He was *this* close.

President Donald Trump welcomed a semi-high-profile celebrity during his Monday night rally in Grand Rapids, Michigan, though it’s unclear whether he actually knew who that celebrity was.