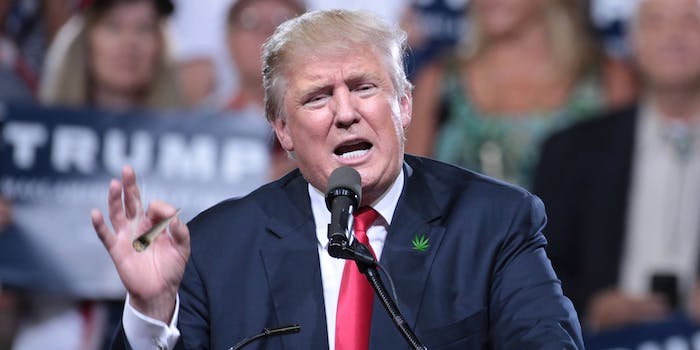 D.C. group is passing out 4,200 free joints at Trump’s inauguration

This is sure to be a high-profile event.

One Washington, D.C., nonprofit is doing its part to make President-elect Donald Trump’s inauguration the dopest event in town.

The DCMJ, a pro-marijuana advocacy group, plans to pass out 4,200 free joints during Trump’s inauguration on Jan. 20, with the goal of orchestrating a massive group smoke-down. “At 4 minutes and 20 seconds into President Trump’s speech we’ll light up! (unless President Trump comes out now in support of full cannabis legalization in all 50 States and DC!)” the group writes on Facebook. (The number 420 is another term for weed, in case you were wondering.)

The group hopes to entice Trump supporters who back legalized marijuana.

“We are forced to do this type of publicity stunt because the Trump administration hasn’t mentioned marijuana once since he was elected,” said DCMJ founder Adam Eidinger. “It reminds people that the public wants change, and the politicians aren’t doing it.” 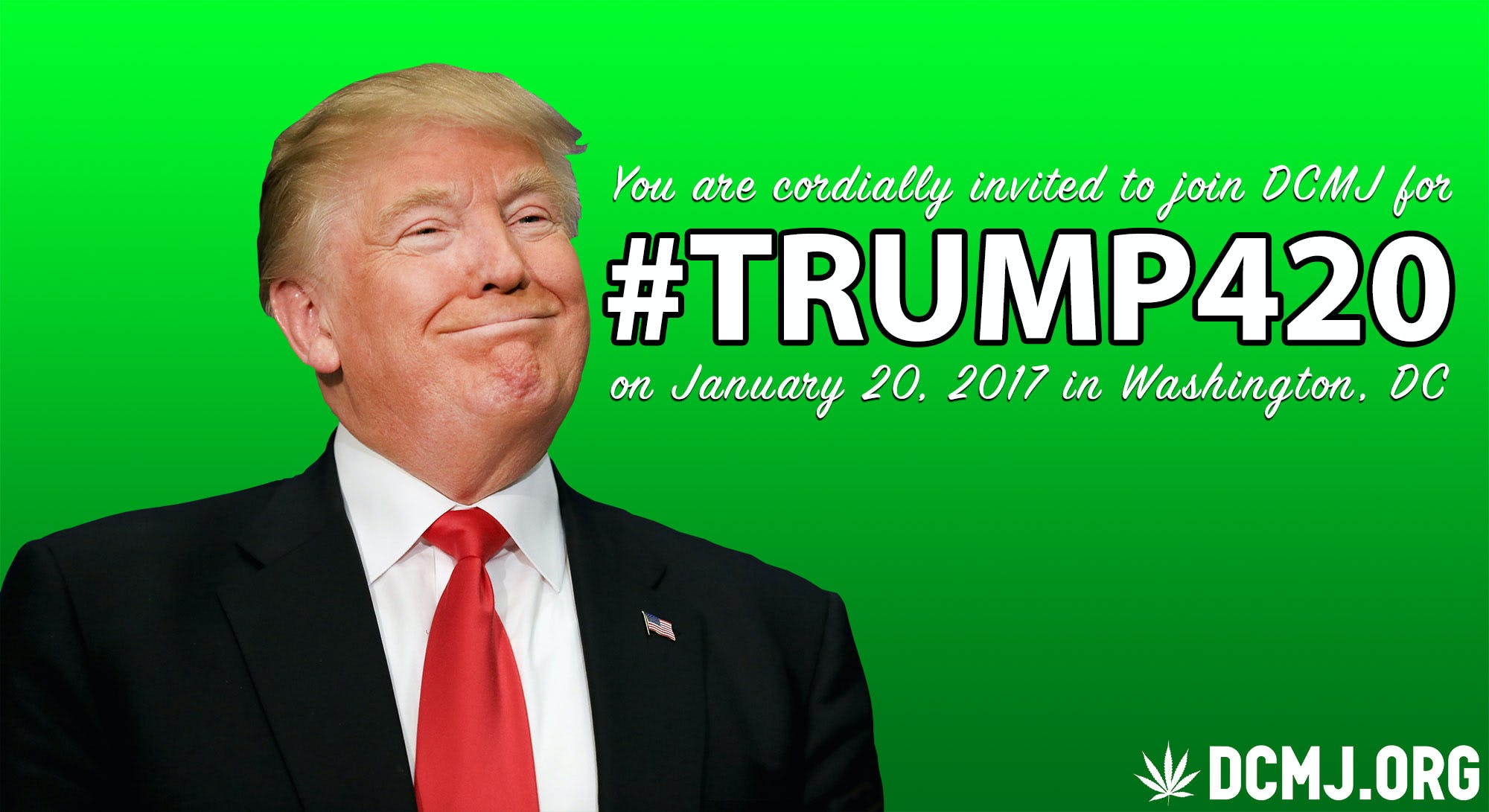 Operating as the DC Cannabis Coalition, DCMJ was one of a number of groups that helped Washington, D.C., legalize recreational marijuana use in November 2014.

The law allows adults over 21 to legally possess up to two ounces of marijuana for personal use and grow up to six plants. Use of marijuana is limited to private homes, however, and possession and use remain illegal on federal property. (DCMJ’s smoke-session protest is set to take place on the National Mall, which is federal land.) It is also illegal to sell marijuana in D.C., but it’s perfectly legal to give it away.

Recreational marijuana is now legal at the state level in eight states in addition to Washington, D.C. (Colorado, Washington, Oregon, California, Alaska, Massachusetts, Maine, Nevada.) However, the drug remains illegal according to U.S. law, giving the Department of Justice power to crack down on legal and medical marijuana (legal in 28 states and D.C.), if its leadership so chooses.

Trump’s nominee for attorney general, Sen. Jeff Sessions (R-Ala.), is widely expected to push back against the wave of green allowed to wash over the U.S. during the Obama administration.

Those of you who wish to take part in DCMJ’s weed-smoking event can RSVP on Facebook.