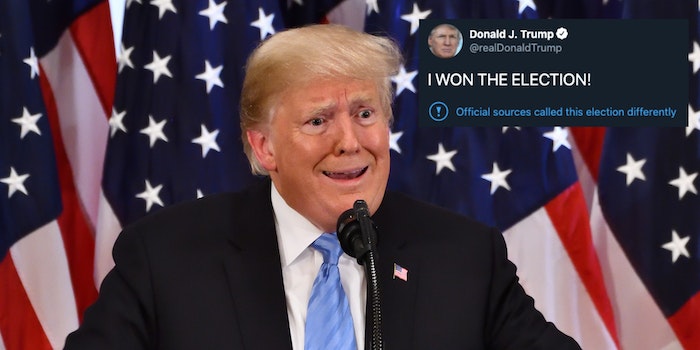 Trump’s ‘I WON THE ELECTION!’ tweet gets promptly fact-checked and memed

Trump did not win the election.

Less than a day after accidentally conceding the 2020 election to President-elect Joe Biden, President Donald Trump once again declared himself the victor on Twitter—and received a forceful fact check from the social media platform.