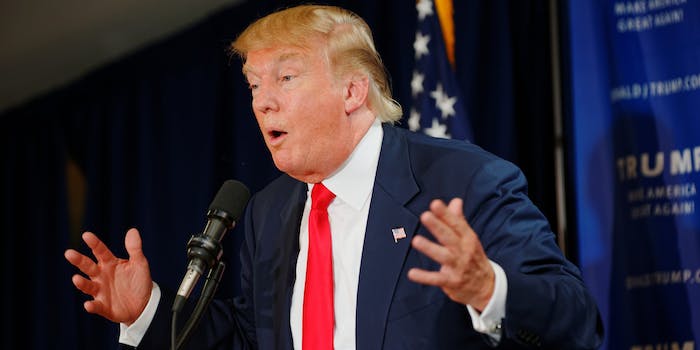 In the weeks since, Clinton fans—or, at the very least, Trump haters—have followed in the former secretary of state’s footsteps, imploring Trump to delete his account. Now, an app called Trump Delete Your Account has automated the process.

“Trump is a man of the people, he hears your collective voice. So use it to tell him to delete his Twitter account,” reads a description the app’s website. “By clicking the Start Tweeting button and authorizing your Twitter account, you will automatically reply to vile Trump tweets with a simple message, ‘Delete your account.’”

It does what it says on the box.

However, for Clinton backers, there is a potential downside. The kind of structural unemployment triggered by the automation of formerly human-centered tasks, like telling Trump to delete his account, is largely what’s causing that anger fueling Trump’s rise in the first place.