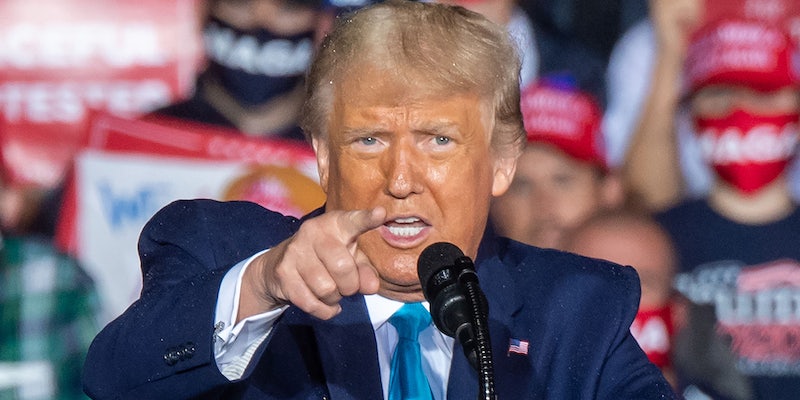 'This debate just started and there was already an orgasm joke...'

President Donald Trump may have made a joke about orgasms during Tuesday evening’s presidential debate.

The remark came as former Vice President Joe Biden attempted to answer a question from debate moderator and Fox News host Chris Wallace but was continually interrupted by Trump.

“Mr. President can you let him finish?” Wallace said.

Biden followed up by suggesting that Trump “doesn’t know how to do that,” causing the president to drop the apparent joke.

“You’d be surprised,” Trump said with a smirk on his face.

The comment quickly made the rounds online, with many convinced that the president had just discussed sexually climaxing in front of hundred of millions.

“This debate just started and there was already an orgasm joke,” @kjada07 said alongside an #Merica hashtag.

Several Twitter users appear to be astonished at Trump’s comments.

“Trump just made an orgasm joke what is HAPPENING,” @CortneeMB said.

Even more users, however, argued that there was no chance that Trump had ever given a female an orgasm.

“Trump has absolutely never given a woman an orgasm,” @EdenDotCom said.

It wouldn’t be the first sex reference Trump has made in a debate. In the Republican primary in 2016, he referenced the size of his dick.