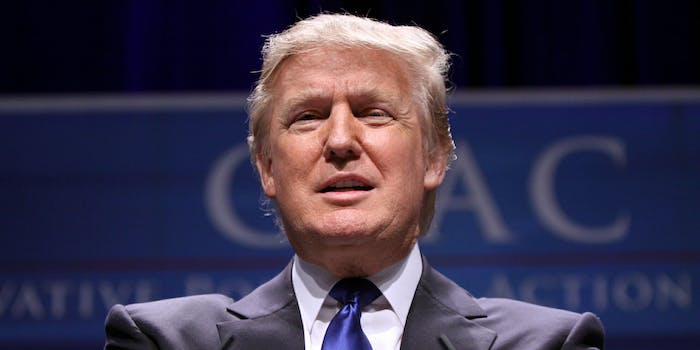 The dense document is reportedly not his 'style of learning.'

President Donald Trump does not read the daily intelligence briefing–which lays out information from around the world–and instead relies on being told the information out loud, according to a new report.

The briefing, which is a collection of intelligence compiled by agencies and handed to the president each day, is traditionally read by presidents, the Washington Post reports. However Trump, according to people with knowledge of his briefings, does not like the reports as it is not his preferred “style of learning,” the newspaper reported.

The presidential daily brief, or PDB, is a classified summary of reports from spies and surveillance technology intended to give the president the best information possible if and when they need to respond to crises.

Leon Panetta, the former defense secretary and head of the CIA for President Barack Obama, said Trump could miss context if he only relies on oral briefings each day.

“Something will be missed,” Panetta told the Post. “If for some reason his instincts on what should be done are not backed up by the intelligence because he hasn’t taken the time to read that intel, it increases the risk that he will make a mistake.”

Several administration officials pushed back against the notion that just getting oral presentations each morning hampered his ability to lead.

Michael Anton, a National Security Council spokesperson said the president was an “avid consumer” of intelligence and Daniel Coats, the director of national intelligence, said Trump not being engaged in the PDB was “pure fiction,” the Post reports.

However, Trump’s aversion to dense, text-heavy, documents has been known for months.

In May, it was reported that Trump prefers “killer graphics” in his daily intelligence briefings and wants them to be as condensed as possible. As a result, much of his information was presented using maps, charts, videos, and pictures.