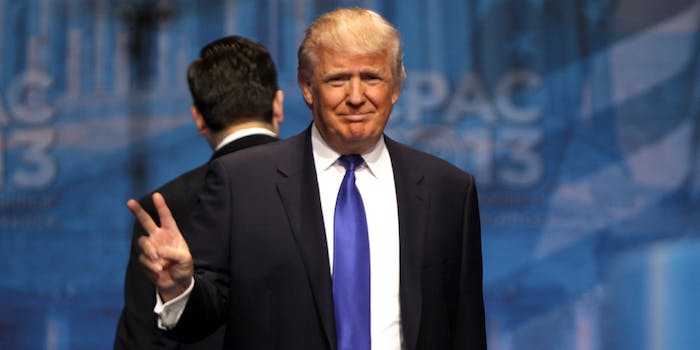 This could be the first of many staff changes at the White House.

President Donald Trump’s communications director resigned earlier this month after serving for only three months, according to various media outlets.

Mike Dubke, 47, tendered his resignation on May 18, Axios reported on Tuesday. The resignation comes amid the growing investigation into Russian interference with the 2016 presidential election and possible ties between Moscow and the Trump campaign—a scandal that has hampered the White House for weeks.

In an email sent on Tuesday morning, Dubke wrote, “It has been my great honor to serve President Trump and this administration. It has also been my distinct pleasure to work side-by-side, day-by-day with the staff of the communications and press departments,” the Washington Post reported.

Dubke’s resignation as communications director is expected to be the first of many staff shakeups the administration is making in light of the Russia probe, according to Axios. Trump is considering bring in former campaign official Corey Lewandowski and GOP lobbyist David Urban, Axios reported, to work as part of a crisis-control team as the probe grows.

Trump also recently retained long-time legal confidant Marc Kasowitz, who has represented Trump in a number of high-profile legal matters over the past several decades, to help him defend against the Russia investigation—which is now being led by Special Prosecutor Robert Mueller, a former FBI director and universally respected law enforcement official.

Dubke worked “behind the scenes” with White House Press Secretary Sean Spicer, who has also been criticized in recent weeks for not being on the same page with the administration—particularly in the wake of Trump’s abrupt firing of FBI Director James Comey.

The communications operations are expected to change, Axios reported, as Spicer will have less on-camera appearances and Trump may personally make more statements for the White House.