The tragic death occurred as guns became a hotly debated topic in the presidential race.

A five-year-old girl in Louisiana was killed on Saturday while playing with her father’s handgun.

The young girl died from a self-inflicted gunshot to her stomach, police said. Her father, Eric Moore, was reportedly in the shower when she gained access to the weapon. The disabled military veteran had allegedly left it unsecured in the home.

A next-door neighbor told the New Orleans Times-Picayune that Mr. Moore was “not ignorant to the fact of the danger, especially when his kids are around,” and that he always stressed the need to secure his firearms in the presence of children.

Word of the five-year-old’s death came as the two presumptive 2016 presidential candidates—Hillary Clinton and Donald Trump—were embroiled in a debate over firearm control. 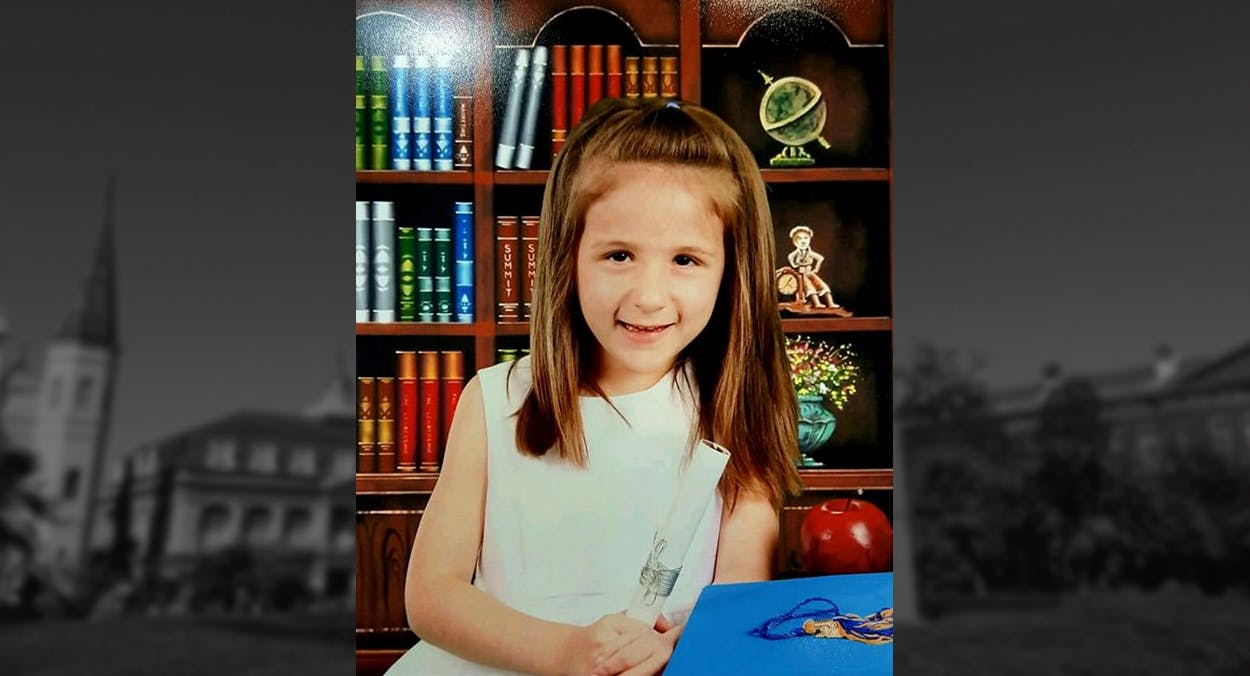 Clinton reaffirmed her stance on gun control while attending a Fort Lauderdale, Fla., event benefiting the Trayvon Martin Foundation’s Circle of Mothers on Saturday. The former secretary of state chided her opponent for wanting “more guns in our schools” while simultaneously prohibiting guests at his many hotels from carrying them.

Earlier that day, emergency crews were arriving at the Moore residence in St. John the Baptist Parish, roughly 25 miles west of New Orleans. Trump had taken to Twitter around that time mid-Saturday morning to attack Clinton.

“Hillary wants to rip the guns out of American’s hands,” he wrote. “No guns = no protection.” Trump further demanded that Clinton dismiss her armed U.S. Secret Service detail.

Crooked Hillary wants to get rid of all guns and yet she is surrounded by bodyguards who are fully armed. No more guns to protect Hillary!

The battle between the two candidates may be one of picking the most palatable choice over sheer electability, however. Recent polling reveals that a majority of Trump backers believe he is unqualified to lead the country. And while 44 percent of Trump voters support the candidate directly, more than half say they are motivated by a desire to prevent Clinton from becoming president.

Among Republican-leaning registered voters, 48 percent do not believe Trump reflects the core values of the Republican Party, while only 45 percent say he does, according to a Washington Post-NBC News poll published yesterday.

The perception of Trump as a political outsider promising big change in Washington enabled him to sweep the Republican primaries, defeating candidates said to embody American conservatism. But it has become increasingly clear that in order to defeat Clinton come November, Trump must embrace many of the same values his primary opponent once rebuked him for casting aside.

That reality led Trump on Friday to present himself as a staunchly pro-gun candidate at the 2016 National Rifle Association (NRA) convention. Clinton, he said, “wants to take away your guns.”

“Crooked Hillary Clinton is the most anti-gun, anti-Second Amendment candidate ever to run for office,” he continued. “In trying to overturn the Second Amendment, Hillary Clinton is telling everyone—and every woman living in a dangerous community—that she doesn’t have the right to defend herself. So you have a woman living in a community, a rough community, a bad community—sorry, you can’t defend yourself.”

Trump’s take on guns is the polar opposite of his previously stated position—a policy “flip-flop” that has become indicative of his campaign. For instance, Trump previously said that women who receive abortions should be punished, an opinion which he reversed hours later. That reversal of stances has returned with a swiftness when it comes to gun control.

In the aftermath of the tragic December 2012 slaying of 20 first-grade students and six educators in Newtown, Connecticut, President Obama called on Congress to enact stricter gun-control legislation. “We can’t tolerate this anymore,” he said. “These tragedies must end. And to end them, we must change.” The following day, Trump tweeted: “President Obama spoke for me and every American in his remarks in #Newtown Connecticut.”

More than 33,000 Americans died as a result of being shot in 2013, according to the Center for Disease Control and Prevention, the U.S. agency charged with tracking leading causes of death, disease, injury, and disability. In an effort to pare down the daunting statistic, gun advocates have long argued that suicides should not be included in this figure. Two-thirds of all gun-related deaths are suicides, the CDC reports.

Around 41,000 Americans kill themselves each year, and more than half use a gun. It is the deadliest method on record, outpacing overdoses, falls, and cutting, combined. By contrast, suicide attempts involving poison fail 98 percent of the time.

The Federal Bureau of Investigation reported an estimated 14,200 murders in 2013—one every 37 minutes for the entire year. Of these murders, roughly 69 percent were committed with a firearm.

This fact—as well as the stigmatism of mental health issues in general—has led to no end of headaches for politicians seeking stricter gun control regulations. After mentioning the 30,000 deaths in a speech last month, Clinton was accused by conservative news outlet Breitbart—where top editors have applied to work for Trump and received up to $8,000 in consulting fees from his campaign—of “swelling” gun violence statistics.

Conservative news website the Daily Caller falsely reported to its readers that President Obama had omitted the suicide statistic while delivering an emotional plea to curb gun violence from the White House in January. In fact, the president mentioned “suicide” three times in the speech, and highlighted the “two-thirds” rate.

“If we can continue to de-stigmatize mental health issues and get folks proper care and fill gaps in the background check system,” Obama said, “then we can spare more families the pain of losing a loved one to suicide.”