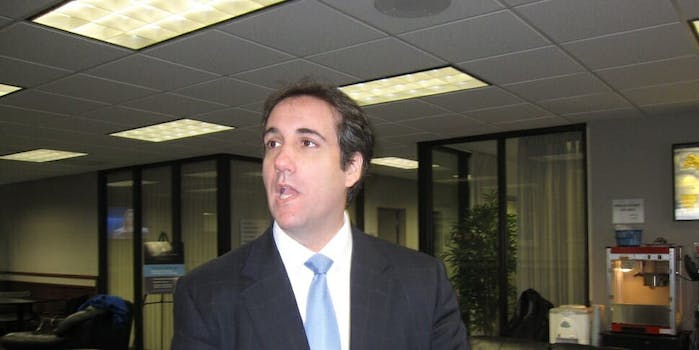 The campaign might be in violation of FEC rules.

Federal Election Commission records show that three payments for “legal consulting” services were made to McDermott Will and Emery, the firm of Cohen’s own attorney, Stephen Ryan, between October 2017 and January 2018 by Trump’s re-election campaign.

Sources told ABC News on Monday that these are payments related to Cohen’s legal defense.

“These payments were related strictly to the Russia investigations,” the official commented under condition of anonymity.

Ryan is representing Cohen in the face of the Russia investigation, which Trump himself is reportedly in “panic mode” over, as well as in the parallel probe by U.S. attorney’s office for the Southern District of New York.

Cohen did not work for Trump’s 2016 campaign and it is illegal for a campaign under FEC rules to spend funds on personal matters, so these allegations are serious. It is possible, if what sources report is true, that the Trump campaign has violated these rules.

“They’re on shaky legal ground,” Stephen Spaulding, chief of strategy at watchdog Common Cause, told ABC News. “It sounds like they are really pushing the envelope… If the campaign were to say they are campaign-related payments, then maybe it’s okay to use campaign funds. But he can’t have it both ways.”

Neither Trump campaign representatives nor Ryan responded to requests for comment by the network’s reporters.