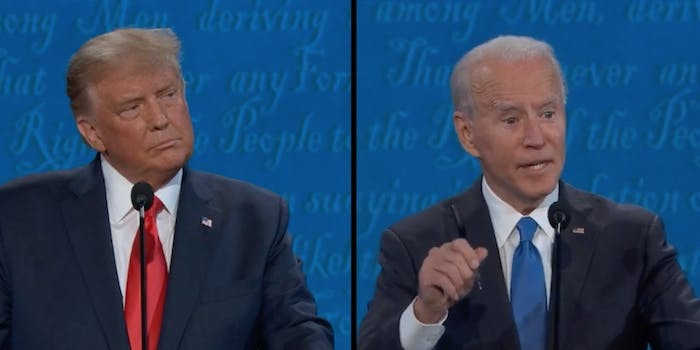 Twitter users unleashed a flurry of memes and jokes about the president's debate style.

Twitter users questioned whether President Donald Trump would be able to keep from interrupting Democratic presidential nominee Joe Biden on Thursday during the second and final debate.

Following Trump’s rambunctious performance during the first debate, rules were set in place to keep the candidates from cutting one another off by muting their microphones while the other speaks.

Expecting Trump to attempt to interrupt Biden, Twitter users unleashed a flurry of memes and jokes about the president’s debate style.

Others questioned what Trump was writing on his notes as Biden spoke as well.

But mostly, users were just waiting for Trump to explode at any moment.

Incredibly though, Trump, at least half-an-hour in to the debate, had not yet interrupted Biden.

Don’t hold your breath, though. Trump’s infamous interruption could emerge at any moment.