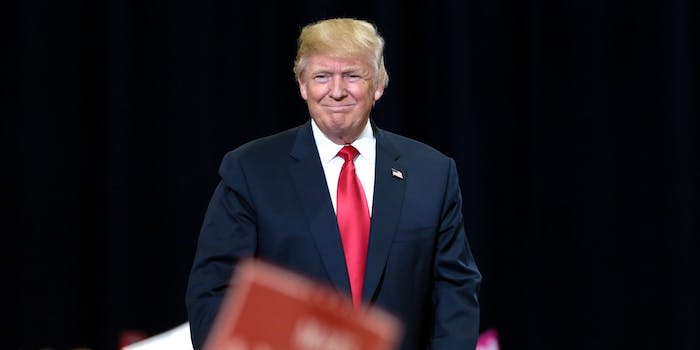 Trump clashes with union leader who called him out over jobs

President-elect Donald Trump has lashed out at the union leader from Indianapolis who pointed out that Trump didn’t actually save 1,100 jobs at Carrier from being shipped to Mexico.

In February, Carrier corporate officials announced that the air conditioning and heating company was moving jobs to Mexico. Trump has been vocal about his disapproval on exporting jobs oversees. After visiting the facility, Trump announced just last month that he had made a deal with United Technologies, Carrier’s parent company, to save 1,100 American jobs.

“I will tell you that United Technologies and Carrier stepped it up,” he told workers in Indianapolis while visiting the factory. “And now they’re keeping—actually the number’s over 1,100 people, which is so great, which is so great.”

But Carrier told its employees that 550 people would get laid off.

Chuck Jones, president of United Steelworkers 1999, which represents Carrier employees, accused Trump of misleading workers into making them believe no one was going to be laid off.

Jones responded in an op-ed in the Washington Post. “I’m tired about being lied to about our jobs,” he wrote.