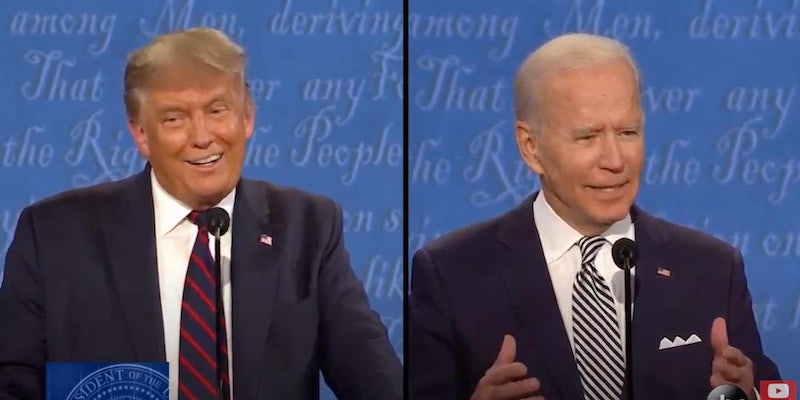 At the onset of Tuesday night’s 2020 presidential debate, President Donald Trump settled on one consistent tactic: Constantly interrupting and badgering both his opponent, former Vice President Joe Biden, and the moderator, Chris Wallace.

In the first 20 minutes, Trump didn’t allow Biden to finish nearly a single sentence, cutting in and shouting at every moment, and at one point getting in a heated back-and-forth with Wallace.

If it was an intentional move, it’s one his fan base is already adoring. Trump’s male fans constantly are obsessed with his masculinty and to them, his debate performance is already “alpha” AF.

As the debate continues, Trump’s strategy of constantly interrupting continues.