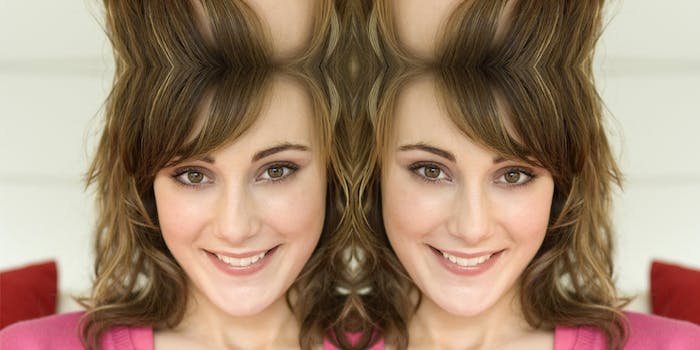 How to create kaleidoscope selfies with Instagram’s new app

Instagram’s new Layout application takes almost everything we’ve ever wanted from multiple third-party apps and perfectly packages it all into one service. Sure, one of the major upgrades is the ability to make collages, but there’s an ulterior use aside from multi-photo posts.

Naturally, it all comes back to selfies. Weird, trippy selfies.

The mirroring and flipping features are the best thing to happen to Instagram photos, and they take your front-facing photos and landscape pictures to an entirely new level.

When you open Layout, you’ll be prompted to select a number of photos to include in your collage, which could be any one of nine different organizational options. Layout is super helpful in that it lets you select faces only, so the photos to choose from will be of people (usually; my colleague Molly McHugh had a cow sneak in), making it even easier to find and share selfies or photos of friends. 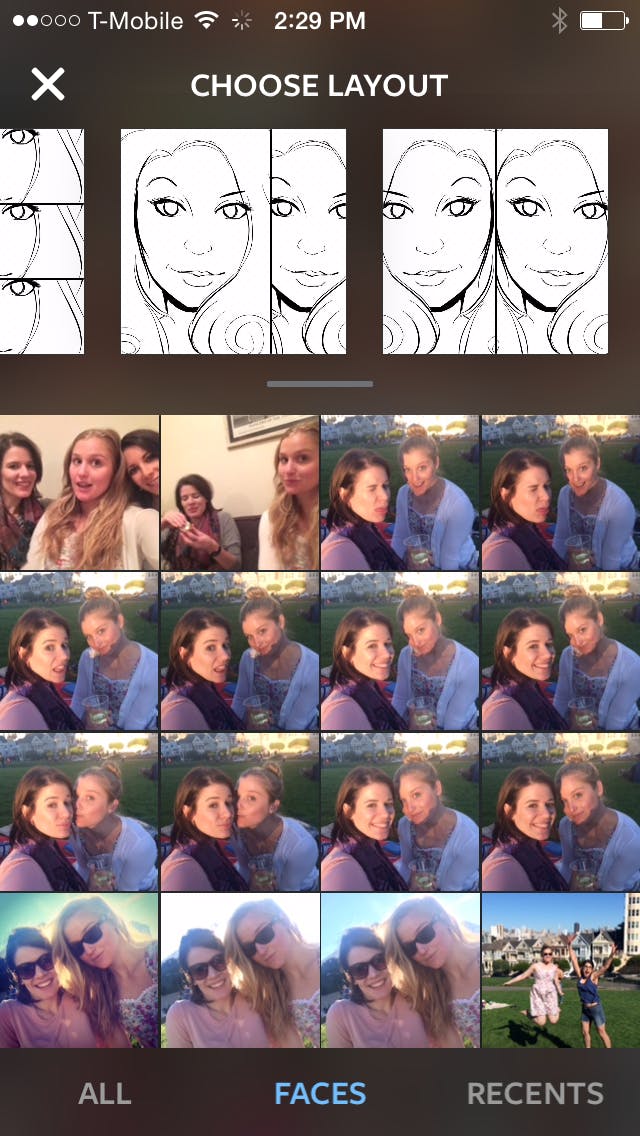 And here’s where it gets exponentially more fun: You can easily switch the image rotation and mirror your photos, creating patterns that used to require things like Photoshop, or at least outside apps.

Simply tap on a particular box and use the mirroring and flipping features directly below the image. 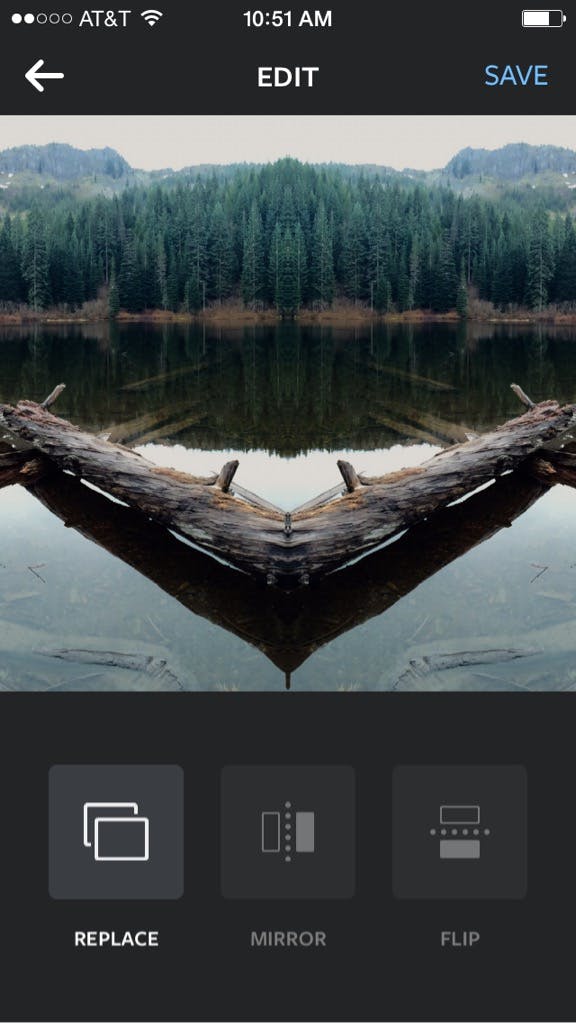 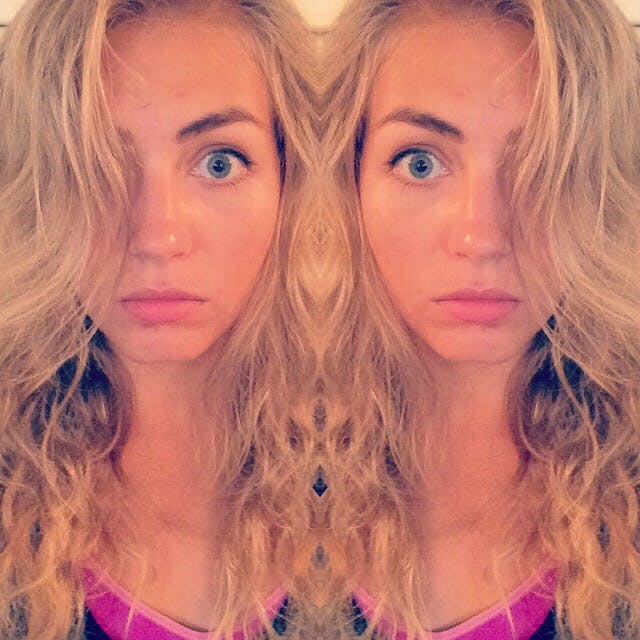 Additionally, each box in the layout can be adjusted individually, so you can change the size and shape of your patterns to create uniquely-sized, hypnotic collages.

The more photos you add, the more dimension you can create. By using the four-photo layout and giving the photo a central point, it’s like a kaleidoscope effect. 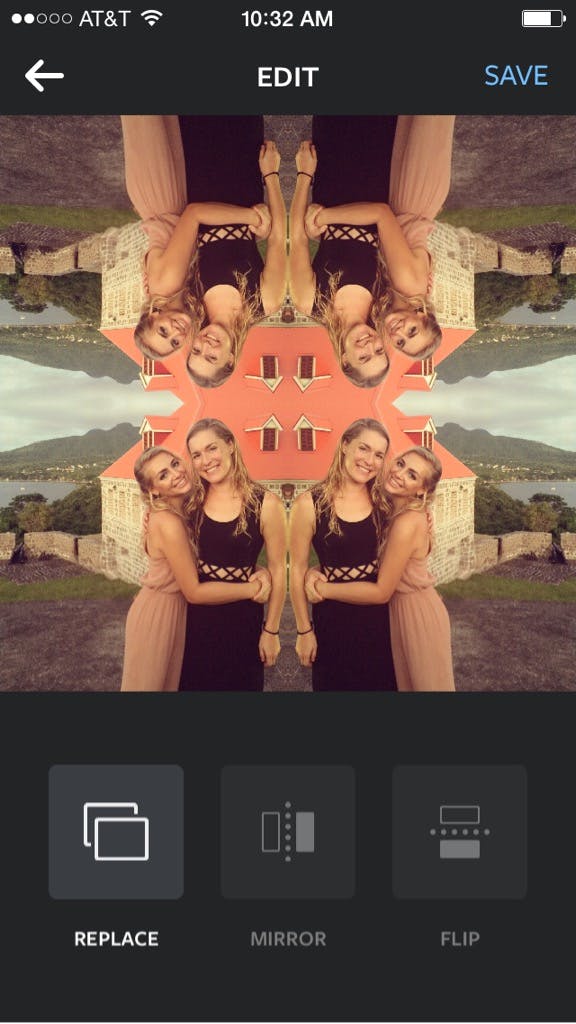 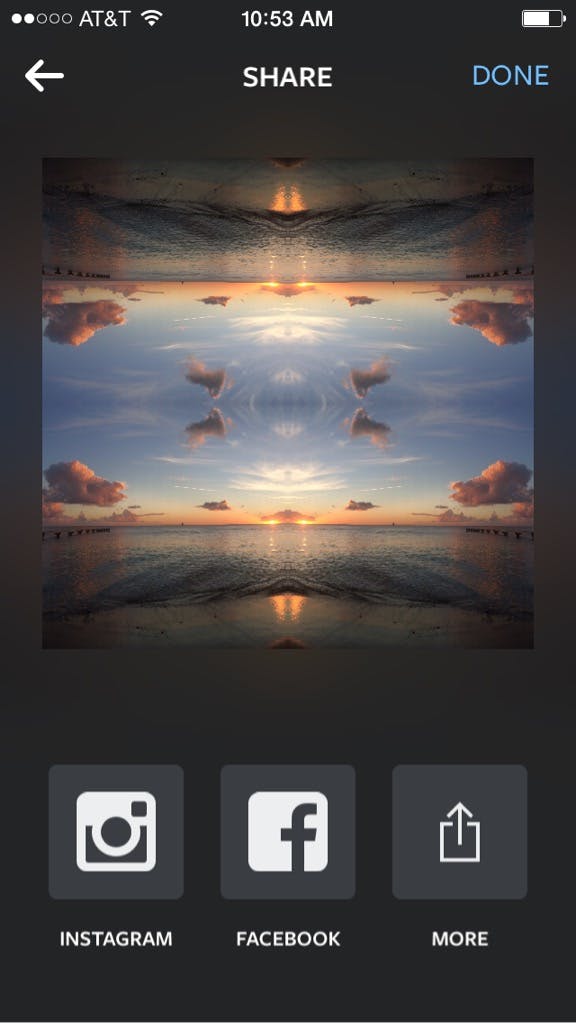 Our last, and possibly favorite, trick? Half-faced photos, positioned just so and using the mirror feature, can turn you into a many-eyed alien. 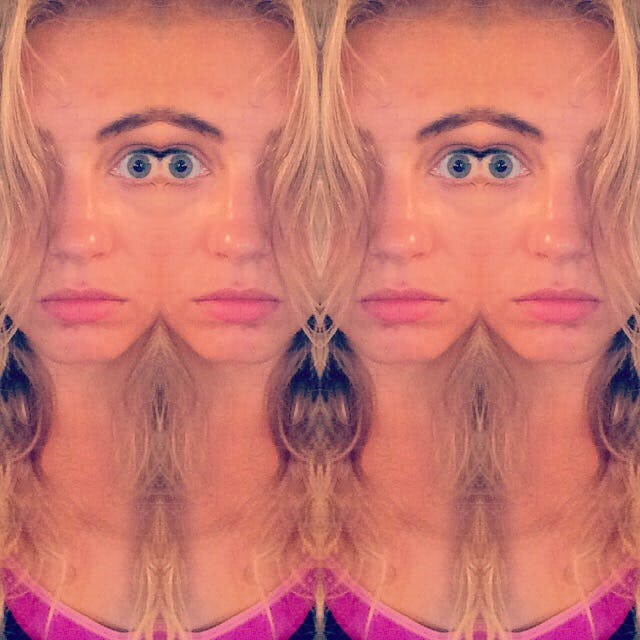 Unsurprisingly and unfortunately, you can’t export your weirdly-mirrored photo directly to Twitter.

These are all things that have been possible with other software before, but baking them directly into the most popular mobile photo-sharing app on the planet means more users get to experiment with something besides the average smartphone photo.

Layout is still only available on iOS, but Instagram says an Android version will be available “in the coming months.”

Photo via Tom Merton/Flickr (CC BY 2.0) | Remix by Jason Reed