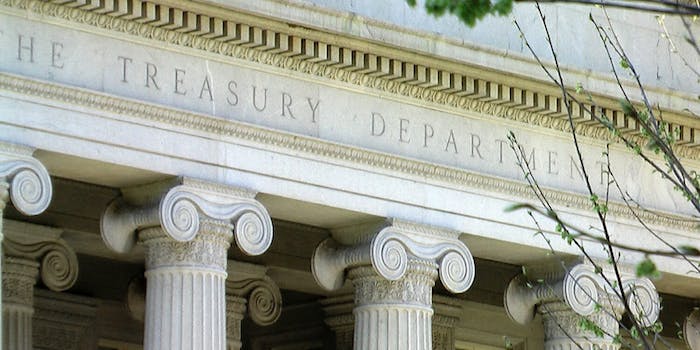 It's not the first time the administration has violated the Hatch Act.

The tweet in question was published at 8.30am, part of one of the president’s typical early morning social media rushes, and touted the electoral wins as a “Red Wave”—a slogan to rally support to the Republican Party ahead of the 2018 midterm elections.

Great Republican election results last night. So far we have the team we want. 8 for 9 in Special Elections. Red Wave!

Soon after Trump tweeted, the Treasury Department shared it but promptly deleted.

A spokesperson told reporters on Wednesday afternoon that the retweet “was done in error and has been taken down.”

In sharing the biased campaign-related tweet, and despite undoing the action, the federal department may have violated the Hatch Act. The Hatch Act disallows federal officials from engaging in political campaigning while serving in office. It’s enforced by the Office of Special Counsel.

OSC guidance on this specific matter explains that officials may not “retweet a message in support of or opposition to a political party, candidate in a partisan race, or partisan political group.”

The president and vice-president, who openly campaign for their party, are exempt from the rule but many overzealous officials within the administration have fallen afoul of it.

The OSC flagged Kellyanne Conway, senior counselor to the president, in March over comments made during two television appearances which it said “mixed official government business with political views.” U.S. Ambassador to the United Nations Nikki Haley and White House social media director Dan Scavino Jr. have also been criticized by the OSC over unethical endorsements and conduct.

Citizens for Responsibility and Ethics in Washington, a watchdog nonprofit, filed complaints against no less than ten White House officials this month over violations of the Hatch Act.

So, this isn’t the first time that the Trump administration has broken this particular law and it probably won’t be the last.