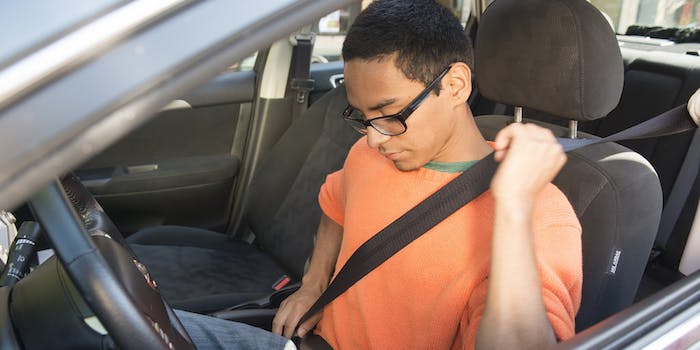 The new Chevy Malibu is a teen driver’s nightmare

The car will know who is behind the wheel.

Teens driving the 2016 Chevrolet Malibu won’t have any excuse to be terrible drivers. And if they are, parents will know.

The upcoming version of the sedan will feature a “Teen Driver” system that lets parents track how safely their kids are acting on the roads, NBC’s Dallas affiliate KXAS reports. It operates with a separate key fob alerting the vehicle that a teenager is the one driving, and the car begins to monitor vehicle data to aggregate into a driving report card.

Driving speed, distance, and the number of times the collision avoidance braking system was activated are all data points saved to the vehicle’s monitoring system, and parents can access the safety data with a password only through the car itself. No one can see the teen driving data except for parents, including third-parties like insurance companies.

Other safety features include forcing the radio off until a teen buckles in her seatbelt, and programmable maximum speeds.

This safety mechanism could be used by any driver, but teens in particular could benefit from the extra caution while becoming better drivers the first few years on the road, especially since car accidents are the leading cause of death for people between 15 and 20 years old.

Whether or not teens enjoy the forced responsibility is another issue entirely.

Car manufacturers are beginning to adopt more tracking technology as a selling point for certain vehicles, specifically targeting parents of teen drivers. Earlier this year, Volkswagen debuted an Apple Watch app that sends vehicle alerts to the watch when a teen breaks certain rules, like going outside a designated GPS area or speeding.

GM, Chevrolet’s parent company, told KXAS that for now the Malibu is the only vehicle with the teen-tracking tech, but it’s possible it could debut in other brands and cars in the future.