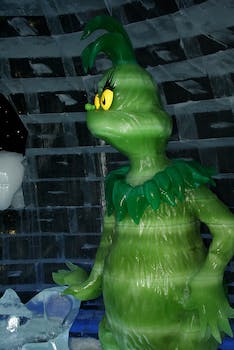 Every year, a few major companies manage to take more orders than they can fill—and wait until the last minute to let shoppers know.

Online shopping is usually more convenient than actually visiting a physical store, but it has one flaw: Even when you buy and pay for something online, you can’t really call it “yours” until you hold it in your hands.

And every year, a few major companies manage to take more orders than they can fill, and wait until the last minute to let shoppers know.

The Consumerist kicked off this year’s Christmas-disillusionment season during the last week of November, when it started running reader complaints about massive slowdowns plaguing the Toys R Us online ordering system. Some toys were bought in October but were still mysteriously unshipped a month later. Other orders weren’t shipped until after the consumer tried and failed to cancel.

The Consumerist reported other Toys R Us–related problems last Christmas. One man complained that Toys R Us “lost” his order, and he would have to pay a much higher price if he wanted it to arrive in time for Christmas.

Even when the company’s ordering and cancellation process works as smoothly as intended, it can still hurt holiday shoppers on a tight budget. A customer in Missouri made this Nov. 30 complaint on the Toys R Us Facebook page:

Toys R Us has a policy everyone needs to be aware of before buying anything online from them. If you order something, pay with a credit card, then cancel it a few hours later, they will not process your refund for 30 days. They took the money the minute I bought it. And now they will keep it for 30 days.

But don’t think Toys R Us is the only online retailer prone to losing orders at the last minute. Last year, Best Buy made headlines the day before Christmas Eve when it canceled orders placed as early as November, and luxury clothier Barneys New York sent cancellation emails to its customers only three days before Christmas.

And in 2010, shoppers across the U.K. were dismayed when multiple online stores canceled orders the week before Christmas. Though the British stores, at least, had a good excuse for their failure to deliver: Unsent Christmas gifts were piling up in warehouses across the country after record-breaking winter storms made British roads practically impassable (and package delivery impossible).

Of course, the vast majority of online shopping experiences go through without a hitch, even when the weather is bad. No company wants a reputation as the Grinch who stole your Christmas, but nobody is immune to Murphy’s Law, either.