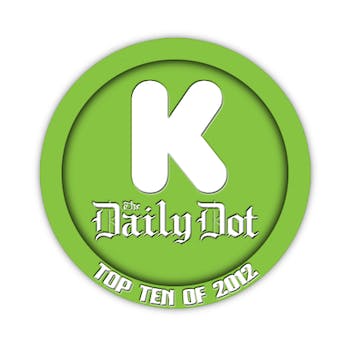 The top 10 most influential crowdfunding campaigns of 2012

Kickstarter and its crowdfunding contemporaries hit the mainstream this year, behind these blockbuster campaigns.

I can still remember the blank stare my low-tech friend threw me in June when I started to tell him about Pebble, the futuristic smartwatch that raised more than $10 million on Kickstarter.

“What’s Kickstarter?” he asked. Then I realized he wasn’t kidding.

Such was the plight of the largest crowdfunding site on the Internet: Adored by the ones who adored it, ignored by everyone else. If you didn’t know a musician who was trying to make an album, it’s quite possible that you hadn’t ever heard about the wonder that was Kickstarter, a site founded in 2009 and designed to help you fund and follow creative dreams.

But a funny thing happened on the way to mid-February: A Portland, Ore., native named Casey Hopkins raised more than $1 million for the funding of his Elevation Dock, an iPhone dock that was both versatile and svelte.

By May, Eric Migocovsky’s Pebble watch project had raised more than $10 million through the crowdfunding platform, and publications as big as The New York Times had started to take notice.

With the attention came the jokers, then the stories of the scammers. Kickstarter did a lot of good—it helped fund people’s dreams—but it also made room for some nightmares. And though the success stories of designers or artists who reached their goals and delivered on their pledges still severely outnumbered the ones that didn’t, stories still emerged about creators squandering cash or, even worse, choosing to take the money and run.

Today, Kickstarter, like Indiegogo and so many other crowdfunding sites of its ilk, is a full-blown community, one with heroes and villains and policemen watching over both.

The site’s seen its fair share of influencers over the past year, but it would be unfair to rule out those who participated in crowdfunding elsewhere. What follows is the Daily Dot’s crowdfunding top 10 for 2012, a rundown of the biggest names to emerge in the last year.

Eric Migocovsky and his smartwatch from the future kicked every other Kickstarter funding record to the curb this spring, generating more than $10 million in pledges and redefining what was possible in the ways of crowdfunding design. More than 68,000 people backed the Pebble E-Paper Watch project, with nearly 65,000 of those investors selecting to pledge money towards the development of their very own smartwatch. In the process, the Pebble team proved paramount in turning Kickstarter into the household name it is today.

The gaming guru became the second campaigner to raise $1 million and the first to eclipse $2 million and then $3 million. Schafer set the bar for a Kickstarter category that’s now the second-most lucrative on the popular crowdfunding site. The Double Fine Adventure campaign was one of the first to quite publicly blow the proverbial lid of its funding goal: Schafer and company raised more than eight times their intended figure.

The former Dresden Dolls frontwoman set out to redefine music’s business model when she introduced her plans for Amanda Palmer & the Grand Theft Orchestra’s new album, a campaign that would eventually raise nearly $1.2 million and become the site’s most funded music campaign ever. The Massachusetts native would eventually face backlash for enlisting unpaid players while on the campaign’s subsequent tour, but her final message still resonates: “This is the future of music. This is how we fucking do it.”

The popular webcomic countered a lawsuit from FunnyJunk by creating an Indiegogo campaign that attacked the comedy site and its owner. Called “BearLove Good. Cancer Bad.,” the campaign set out to raise $20,000 for the National Wildlife Federation and the American Cancer Society and give Inman a change to humiliate FunnyJunk in the process. The whole effort worked. By the time his funding ran out, Inman had raised $220,000—and created one of the great sagas of our summer in the process.

Canadian Sidorov was so moved by the abusive nature behind June’s “Making the Bus Monitor Cry” video that he set up an Indiegogo campaign to send the harassed grandmother on vacation. Sidorov wanted to raise $5,000 but ended up handing Karen Klein a whopping sum of $703,123 in what became a national feel-good story.

Carlos Becerra raised $343,000 last summer from supporters of a project that promised a pair of glasses that could record video and post content onto social media networks in real time, but when the campaign completed, Becerra and company split. Not one pair of Eyez glasses has been shipped to date, and though Becerra told the Daily Dot in October that the team has “definitely made progress,” it’s easy to think that he’s blowing smoke on the lam.

Though their efforts were ultimately unsuccessful, the three rabble-rousers from Oakland’s Wonderment Consortium did great work this summer to expose the flaws in the way that Kickstarter’s holds campaigners accountable with their allocated funds. “The rules around this platform are very lax and that’s where Kickstarter starts to get murky,” group organizer Scott Vermeire wrote in a blog post towards the end of his ironically unrealistic campaign. “Unlike an IRS certified 501©(3), you’re not accountable for what you spend it on.”

9) Zombies, The funding dead
Money raised: All sorts of it

Slice it any way you want it, there’s no subgenre of once mortals that benefitted from Kickstarter’s success quite like the zombies. Campaigns for the undead sprouted up clear across the crowdfunding canvas this season, with movies, video games, and comics all being pitched in the name of George Romero. One couple even tried, albeit unsuccessfully, to raise $20,000 in an effort to turn their wedding into a zombie movie. Zombies: Sometimes it seems like there’s just no stopping them.

Julie Uhrman’s mobile gaming console raised $1 million in just a few minutes more than eight hours, becoming the fastest campaign to ever reach a million and inviting some experts to proclaim that the company could revolutionize the gaming industry as we know it. The project finished with more than $8.5 million raised—no small potatoes for a campaign long resigned to second place.