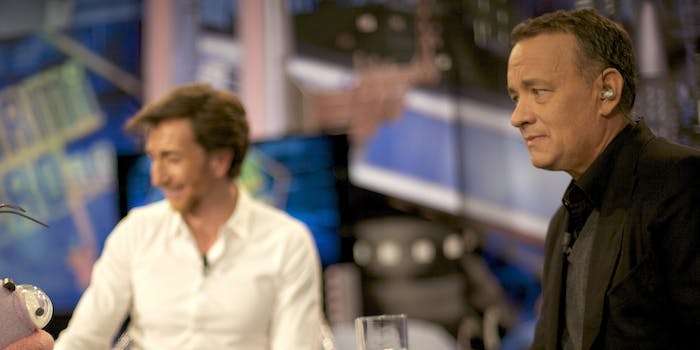 Tom Hanks has a typewriter app

And in case you are hesitant about plunking down a hard-earned $2.99 for this app ($2.99!?), here’s something to convince you: Tom Hanks made it. Yes, that Tom Hanks. Thus, you know it’s trustworthy (I guess?).

The “Hanx Writer” is an app that turns your screen into a virtual typewriter, complete with those beloved bygone typewriter sounds like tapping keys and return “dings.” It was developed by Stuart Westphal of Hitcents, the company responsible for the Draw a Stickman game. “What’s pleasing to my sensibilities is when you have the report of the key being struck, it allows for clear thinking,” Hanks told USA Today. “There’s also the opportunity here to take your iPad to a coffee house and be really obnoxious with all the clickety-clacking.”

USA Today explains that Hanks is an avid typewriter fan who owns over 200 of the devices. A bit peculiar, sure, but it certainly isn’t as questionable of a move as Larry Crowne.

So far, the Hanx Writer is only available for Apple devices.