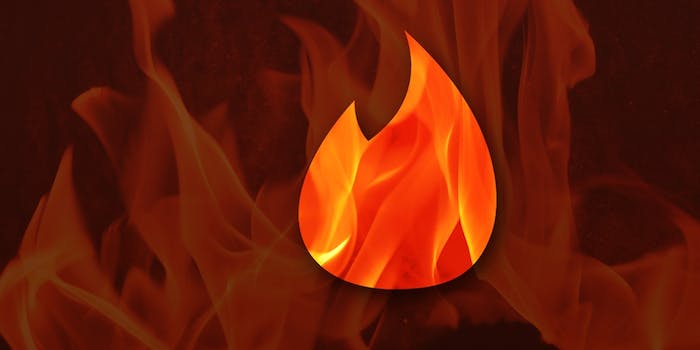 Beyond swiping left and right, there is another path.

Tinder, the hit dating app fueled by its addictively brutal swipe left versus right mechanic, is defined by its refusal to accommodate inaction. You know, the space for thinking someone is sort of cute but not like so cute you can’t help but immediately creep on their Instagram.

Unlike real life (the Internet), Tinder has never offered a back button—you can only sprint forward into uncertain and/or indiscriminate potential sexual encounters at breakneck speed.

That’s the Tinder we know. But all of that could change. Tinder CEO Sean Rad may be out, but Tinder Plus, the premium revenue model that he teased on stage at the 30 Under 30 Summit last month, is on track to “roll out imminently.” As reported by Steven Bertoni at Forbes:

The first, a travel feature, will let users jump across the country and globe, swiping through potential matches in Barcelona and Boston, Rio and Rome. The second is something users have been begging for since Tinder’s launch—an “undo” button that lets them revisit profiles they had hastily swiped to the left.

Many details of Tinder Plus remain less than clear, and plans for an “undo” feature have yet to be confirmed. We reached out to Tinder for comment and will update when we hear back.

We also don’t know how much Tinder will charge us for this seemingly priceless form of time travel. But once you’ve left-swiped through your entire tri-state area, will it even matter? The collective din of 10 million bored singles digging around for their wallets is deafening.