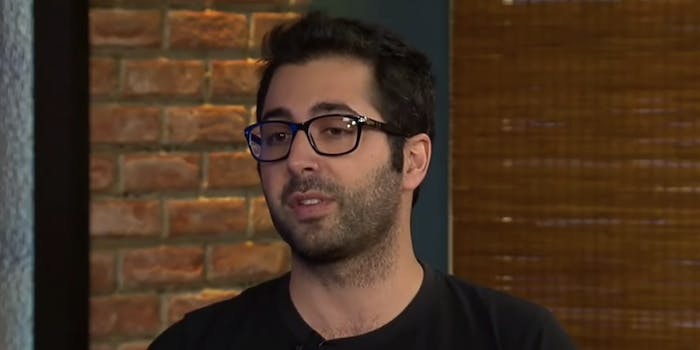 The terms of the settlement haven't been disclosed at this time.

Remember when Tinder cofounder and former VP of marketing Whitney Wolfe sued Tinder for sexual harassment, alleging that she had been harassed by fellow cofounder and ex-boyfriend Justin Mateen and was unfairly stripped of her title by her colleagues, on the grounds that having a female cofounder would bring down the value of their brand?

Well, Tinder would like you to forget all about that mess, pretty please. They’ve quietly settled with Wolfe, according to a statement from her lawyer to Buzzfeed:

Whitney’s lawsuit against Tinder has been resolved (without admission of wrongdoing). She is proud of her role as a cofounder of Tinder and of the role she played in the app’s success. She is now pleased to be able to focus her energy, talents, and ideas on exciting new opportunities.

In case you need a refresher: Wolfe filed suit against Tinder last July, alleging that she had been removed as cofounder of the dating app because the company felt a “girl founder” would damage their credibility. Wolfe’s allegations sparked a round of debate about the sexist climate of Tinder and other startups, as well as sexism in tech in general.

Wolfe also alleged that cofounder and ex-boyfriend Justin Mateen harassed her for months after they broke up, calling her a whore in front of the Tinder CEO and sending her racist and abusive text messages. (She also produced large volumes of texts from Mateen to support her claim.) At the time she filed suit, Tinder issued a statement saying, “We unequivocally condemn these messages, but believe that Ms. Wolfe’s allegations with respect to Tinder and its management are unfounded.”

H/T The Wire via Buzzfeed | Screengrab via Tinder/YouTube