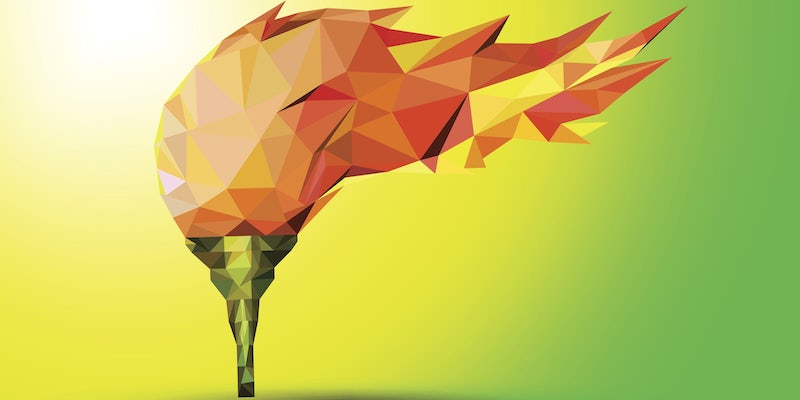 How to find Olympic athletes on Tinder

Do they give gold medals for swiping right?

You might not be able to attend the Olympics in Rio de Janeiro, Brazil but you might be able to match with one of the world’s most elite athletes on Tinder.

The dating lives of Olympic athletes are one of the most entertaining bits of speculation surrounding the summer and winter events. This year, organizers supplied athletes with 450,000 condoms, or about 42 condoms per athlete, more than any other previous Olympics, including the 2014 Winter Olympics in Sochi. Of the dating pool during the event in Russia two years ago, snowboarder Jamie Anderson said: “Tinder in the Olympic Village is next level.”

The summer games is taking place in one of the world’s sexiest cities for the next week and a half, and athletes are once again turning to the most popular dating app for swiping and judging potential mates. And you can see for yourself just how “next level” Olympic Tinder is.

There are a few ways you can spoof your location on Tinder (and other location-based apps) via jailbreaking, but Tinder has cracked down on using fake GPS apps to modify your location. Presumably because you can pay Tinder to change your location and see potential matches anywhere Tinder is available.

Tinder Plus lets you select a location different from wherever you are, but you have to pay for the potential to match someone outside your area. It’ll cost you $10 per month, with six-month and yearly options at discounted rates.

To take a peek at Olympic Tinder, upgrade to Tinder Plus, and change your location to Barra da Tijuca, the neighborhood in Rio hosting the Olympic and Paralympic Village. People from all over the world have congregated in the South American city for the Olympics, and you might find matches ranging from athletes to journalists to tourists who are spending time in Rio for the event.

I was somewhat surprised to see so many athletes on Tinder, including a number from Team USA and at least one athlete I recognized from Olympics coverage. Most put the sport or Olympics affiliation in their bios, and many have official Rio 2016 Tinder avatars. 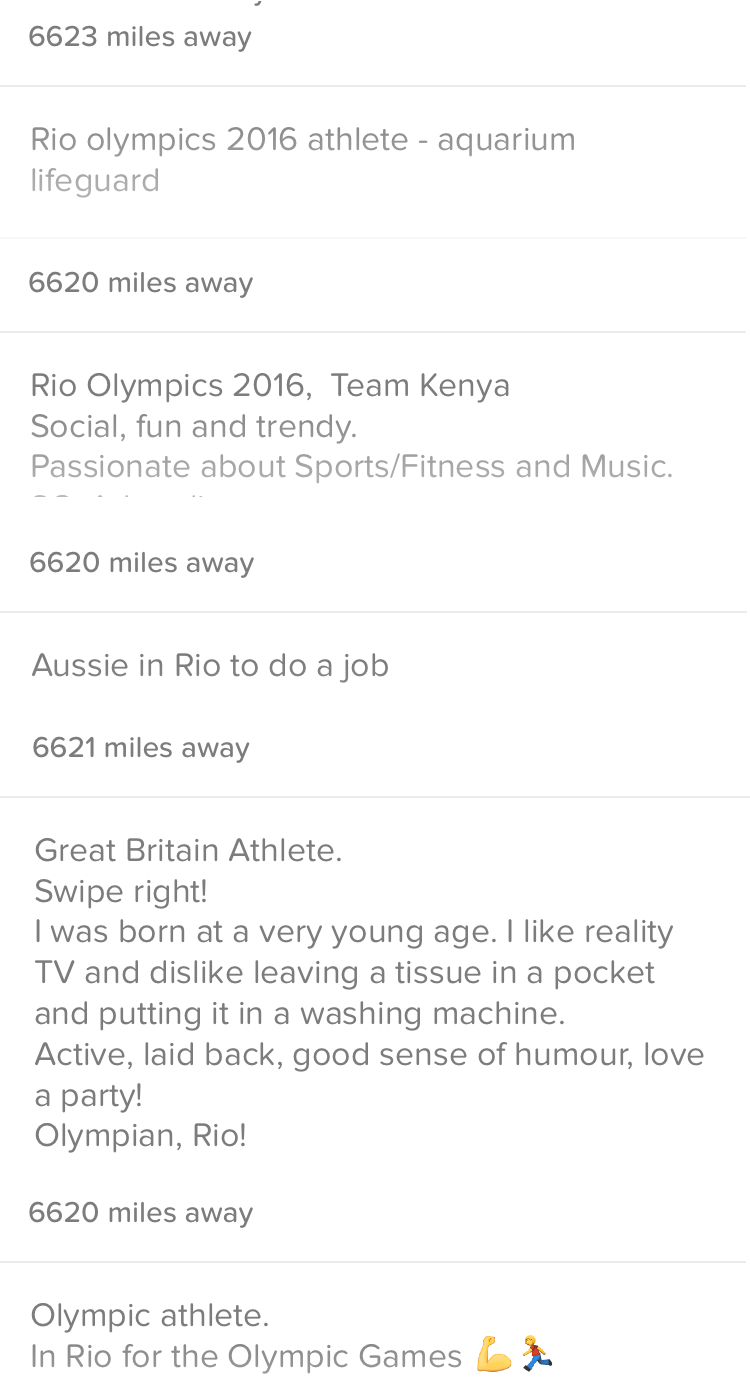 The Daily Dot isn’t publishing names and photos from Tinder profiles, but one anonymous Tinder account is looking for athletes’ profiles and posting them on Instagram.

If Tinder (and the number of contraceptives distributed to athletes) is any indication, Olympic feats of strength are happening in Rio both on and off the global stage.