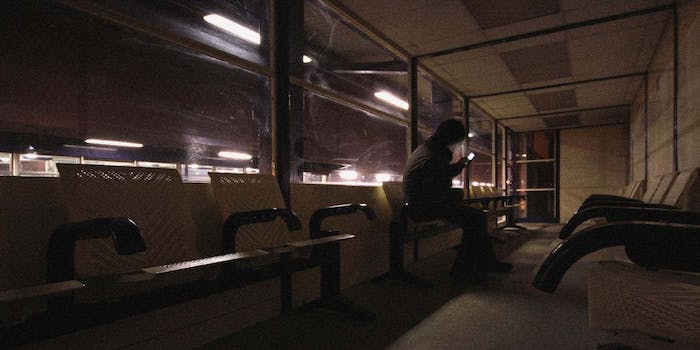 Tinder and its clones have stalled dating app innovation

The swiping will never stop. But should it?

If you ask most people what they think about Tinder, the response will most likely be uniformly negative. They will say it’s shallow, superficial, sleazy, addictive, and possibly even dangerous. They’ll talk about how the swipe-right-swipe-left interface has gamified online dating and ruined girls’ self-esteem, and they’ll start waving their arms and ranting about how the hook-up app has encouraged rampant promiscuity and moral laxity. They might even blame it for the spread of STIs.

If such alarmists are to be believed, Tinder is the scourge of the 21st-century dating space, the single greatest threat to society since alcohol during the Prohibition era. And there’s actually a kernel of truth there, if the recent sexual harassment allegations against cofounder Justin Mateen are any reflection of the app and its culture of sexism.

But there’s one problem with the argument that Tinder is “bad for us”: If Tinder is so dangerous, and if it is actually responsible for every societal ill from global warming to Justin Bieber, why are so many people in the tech dating—and even non-dating—spaces copying it?

For an app that’s so universally reviled, Tinder sure does have a ton of fans among developers, who have enthusiastically lifted its most promising feature. If you take a cursory glance at the tech dating space, every new app, from JCrush (“Jewish Tinder”) to Wyldfire (“female-friendly Tinder”) to Loveflutter (“quirky Tinder”) is mentioned in the same breath as Tinder. Recently, even online dating stalwart Match.com launched its own Tinder-esque mobile app, which—you guessed it—utilizes a swipe-right-swipe-left interface.

This is not so surprising in itself. After an app reaches a certain cultural saturation point, it’s fairly common for it to be followed by a slew of lesser imitators, which lift everything from its design features to monikers (see any app with “Insta” or “Gram” in its name). An app as successful as Tinder, which allegedly made 1 billion matches as of last March, is bound to spawn as many cheap knockoffs as a Prada purse.

That’s also not to say that Tinder and its many imitators are inherently bad for online dating in itself. In fact, Eli J. Finkel, a professor of social psychology at Northwestern who studies the science of online dating, is “enthusiastic” about Tinder leading the shift from desktop online dating sites to mobile apps, because it encourages people to spend more time face-to-face and less time connecting over a laptop screen.

“Profile browsing tends to be ineffective, and nobody has built an algorithm that works,” he wrote me in an email. “As such, the best way to assess compatibility is through a face-to-face meeting, and options like Tinder facilitate such meetings quite effectively.”

Finkel also adds that compared to traditional online dating platforms, mobile apps like Tinder “[add] back some of the spontaneity” plugged-in millennials have lost from dating.

What is potentially bad for online dating, however, is how Tinder and its monosyllabically titled spawn have homogenized the dating market to the point where it’s basically impossible for people to find a dating app with more than a few thousand users that doesn’t include the distinctive swipe-right/swipe-left interface. 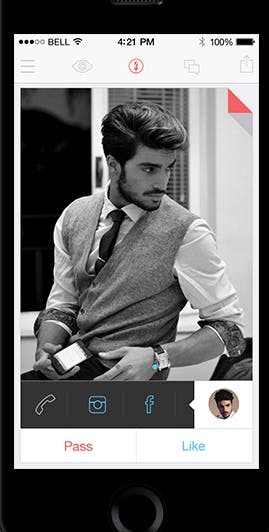 Thanks to Tinder, pretty much every dating app on the market is geared toward tech-savvy, swipe-happy millennials. And given the enormous popularity of online dating—nearly 20 percent of adults age 35 to 44 and 25 percent aged 25 to 34 are on matchmaking sites or mobile apps, the Pew Research Center reports—that’s ignoring a huge swath of the singles market.

Of course, there’s a good reason why Tinder is so popular and influential, and it primarily has to do with its distinctive swiping UX. Sarah Cardey, the director of operations and marketing at the male invite-only dating app Wyldfire, says swiping through profiles (or, in the case of the Tinder for shoes, Louboutins) is beneficial for users because it “allows you to view something with undivided attention, be able to absorb all the content you are seeing, and move on to the next piece incredibly quick,” she says. (It’s also a remarkably efficient way for developers to collect data on their users.)

But this feature and Tinder’s stark, simplified interface have become permanently integrated into the digital dating space—and some people are starting to think that’s not necessarily for the best. For instance, Pen Xia, a computer science PhD candidate who’s studied online dating models at the University of Massachusetts Lowell, applauds Tinder and its imitators for starting the trend in mobile dating apps of cutting down on user info. Compared to desktop dating sites, says Xia, Tinder and similar apps like Hinge and Wyldfire do not require users to input so much profile information, which is much more “convenient” for the user.

But the lack of personal information on people’s profiles also reduces the chances that users will bond over common interests—say, a love of reggaeton, or giraffes—and will focus more on their profile photos and whether or not they want to bone each other. For this reason, says Xia, Tinder and its peers “may not be suitable for serious relationships, as [it forces] people care more about the physical appearances of others.”

Xia’s critique is not a new one. Tinder has often been accused of spurring the “gamification” of the digital dating space, turning something (meeting someone online) that’s traditionally been awkward and stigmatized into an activity as fun and breezy as playing Dots on your phone.

“Some other apps have borrowed the swipe left or right UI because it encourages lightweight decisions and feels like a game,” says Colin Hodge, the developer behind the hookup app Down (formerly known as Bang With Friends). While a design that encourages “fun and fast” decision-making might be good for a casual hookup app like Down, or even Tinder itself, the fact that the happy-go-lucky, carefree, swipe-right-swipe left model is becoming standard in the digital dating space sets an unsettling precedent for those who want to use mobile dating to find a more serious relationship.

So has Tinder’s “fun and fast” decision-making feature led to the total degradation and trivialization of modern sex and dating? Are we all just walking around like sentient thumbs, ready to swipe right or left on everyone we see, based on the singular criteria of someone’s physical appearance? Even apps that owe a great debt to Tinder, like Loveflutter, which swipes up and down instead of left and right, says we’re heading in that direction.

“We recognize what those guys have done and how they’ve shaken up the market with their unique user interface, but we think they’ve taken it a step too far in basing it purely on looks,” Daigo Smith, one of the cofounders of Loveflutter, told me when I spoke to him about his app.

To combat the superficiality of the online dating space, Smith and his team have emphasized personality and shared interests rather than photos on Loveflutter, and they even launched an ad campaign featuring a woman with a bag over her head to highlight their anti-Tinder, “beauty’s only skin deep” message.

But it’s unclear how much good even a positive message like Loveflutter’s is doing for the overall diversity of the dating market, which is still largely catering to photogenic, selfie-taking millennials. Although there are a handful of mobile dating apps that cater to different demographics than Tinder does, and don’t share any of its design features—the seniors’ dating app Stitch is one, though of course everyone in the tech press, this publication included, referred to it as “Tinder for old people”—they are few and far between.

We are currently at a point in online dating where Tinder has such a monopoly that it’s virtually impossible for a competitor to gain a foothold in the market without swiping some of its design features, or marketing it in a similar fashion. This isn’t only stifling designer creativity or preventing the digital dating space as a whole from evolving—it’s also an issue for the millions of online daters who may not be part of Tinder’s or Hinge’s or Wyldfire’s or Loveflutter’s target audience: hip, young, attractive, prone to duckface. What about the rest of online dating-dom? While developers are busy creating Tinder knock-offs, innovation to find the next app, maybe one that connects a larger population of single people, has stalled.

If you spend a lot of time on any of these dating apps, you’re bound to come across a few profile photos that make you instinctively think, “Damn, this guy is too old,” or “This lady is too fat,” or “What the hell is he doing here?” Even if you’re not a shallow person by nature, this is your response, and it’s one that stems from hours and hours of mindless swiping in the dark, on photos of people who largely look the same in terms of age, ethnicity, and overall attractiveness level, without knowing anything about them as individuals at all. When someone who strays from the norm comes up in your matches, the effect is positively jarring. What Tinder has done is eliminated all the diversity and range in your options for who to date—and it’s also eliminated your range of options for what apps you should use to date, as well.

The question now has less to do with whether Tinder has permanently altered the landscape of digital dating and more to do with where we go from here in a post-swipe-right-swipe-left dating space. Cardey isn’t sure.

“We are learning so much about user behavior daily that our perception of what works changes almost on a weekly basis,” she says. “Clearly left and right swipe is a great way to view people in an ‘on demand’ fashion, but there is definitely something more evolved coming.”

Wyldfire is toying with the idea of using user data to display a “match value score” based on your compatibility with a prospective match, as well as letting people browse frequently liked, or trending, users. That all sounds like it could slightly improve the prefabricated swipe-right-swipe-left user experience, but for the time being, it’s a Tinder world—we all just date in it.

Screenshot via Capt’ Gorgeous/Flickr (CC BY 2.0)