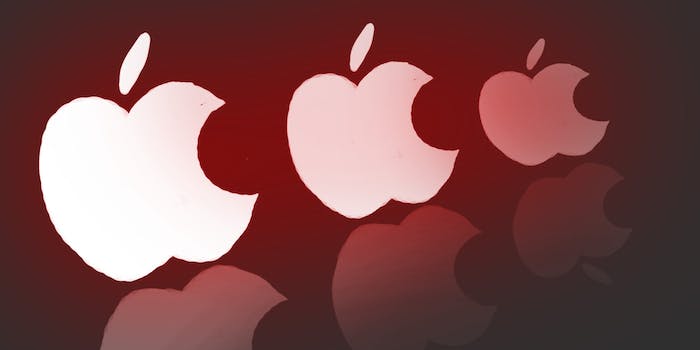 'It is not a message we would ever want to deliver to a customer or hear ourselves.'

Apple CEO Tim Cook addressed an incident that occurred in one of the company’s Australia stores last week, in which six teenagers were blocked from entering the store and appeared to be racially profiled. The incident was captured on video and shared widely.

In a company-wide email published by BuzzFeed, Cook addressed his employees’ behavior. Although he said the initial response to the group of teenagers “shocked” him, he added that the exchange “does not represent our values. It is not a message we would ever want to deliver to a customer or hear ourselves.”

The group of black teenagers are told in the video to leave the store by an Apple staff member because security is “just worried you might steal something.”

When one of the teens asks why they’re under suspicion, the Apple employee curtly responds, “End of discussion. I need to ask you to leave our store.”

The boys, who attend Maribyrnong College, returned later with the principal of their school and were given an apology by a store manager, the Guardian reports.

In his email, Cook praised the apology given by the store manager, saying that she reinforced the idea that “Apple is open” and inclusive. However, Cook said the apology was not enough.

“While I firmly believe that this was an isolated incident rather than a symptom of a broader problem in our stores, we will use this moment as an opportunity to learn and grow,” Cook wrote. “Our store leadership teams around the world, starting in Australia, will be refreshing their training on inclusion and customer engagement.”