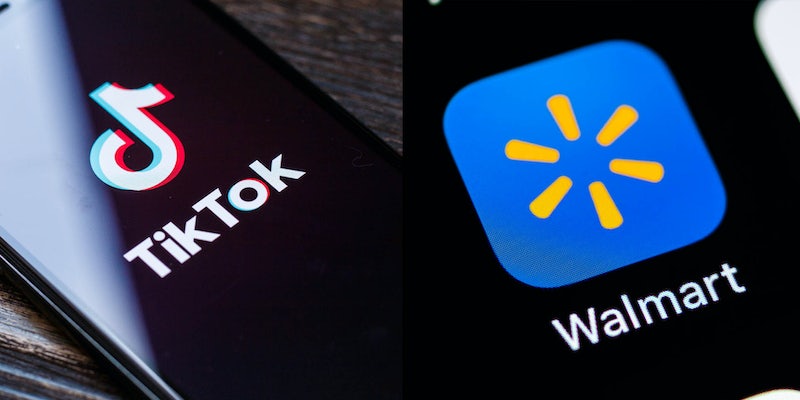 Walmart is reportedly joining a bid with Microsoft.

The saga of the sale of the U.S. operations of TikTok following President Donald Trump’s executive order has been an odd one, and today it has gotten a little weirder.

Walmart has joined a bid from Microsoft to scoop up the U.S. business of TikTok, according to the Information.

Trump signed an executive order earlier this month that would effectively ban the wildly popular app in the U.S. It also paved the way for an American business to come in and acquire the U.S. operations of the app.

TikTok has been criticized by the Trump administration and others because it is owned by ByteDance, a Chinese company. The Chinese government has a history of forcing tech companies to hand over user data, leading to concern the same could happen with TikTok.

The app has defended itself against such claims, saying that U.S. user data is stored in the country, and has sued the administration over the executive order.

Since then, a number of tech giants have been rumored to be interested in the app, including Microsoft—the presumed frontrunner—Oracle, and Twitter.

Former TikTok CEO Kevin Mayer, who resigned from the company on Wednesday, told employees in an email that he expected a “resolution very soon,” appearing to hint that a sale was eminent.

The Information reports Walmart is joining a bid with Microsoft, citing a source. Walmart’s inclusion is to help with digital sales on TikTok, according to the news outlet.

CNBC also reported on Walmart’s interest on Thursday. The retail giant told the outlet its pairing with Microsoft for a bid could “provide Walmart with an important way for us to reach and serve omnichannel customers as well as grow our third-party marketplace and advertising businesses.”