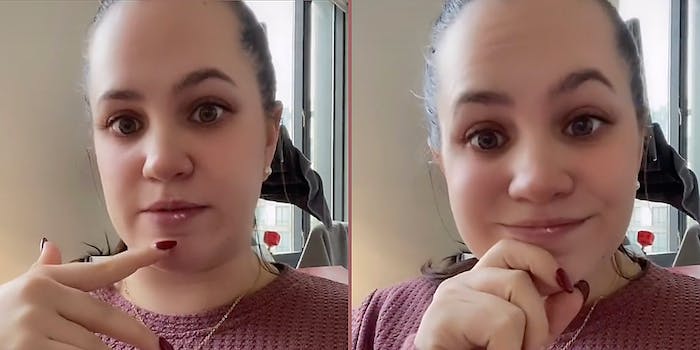 ‘I got zero out of your service’: TikToker goes after mental health app Cerebral over its ‘predatory’ behavior

The TikToker says she was charged by the company despite never receiving therapy.

A TikTok user is going head-to-head with Cerebral after she says the mental health service charged her without providing therapy.

Katie Mac, known on TikTok as @katiefromboston, recalled her negative experience in a video on Wednesday that has since been viewed more than 141,000 times.

Mac says she began signing up for Cerebral—which offers online medication prescription, counseling, and treatment for a range of issues including anxiety, ADHD, and depression—but decided to forego the service after only being offered two therapists that she felt weren’t qualified for her needs.

After emailing Cerebral, Mac says she was told that the two therapists presented were the only ones available in the entire state of Massachusetts. In response, Mac requested a refund but was allegedly informed that she would only be given 30 percent in return.

“I was like, ‘I didn’t use your service. I never even completed the onboarding process. I never met with a therapist. Like, I got zero out of your service,'” she explained.

Mac says she was then told by Cerebral that the company didn’t offer refunds as a part of its terms and service agreement, an issue that others have reportedly complained about in reviews online.

The Daily Dot reached out to Cerebral for comment but did not receive a reply by press time.

No more than an hour after posting the video, Mac says she was contacted by a supervisor at Cerebral. During their discussion on the issue, Mac was allegedly told once again that the company would not receive a refund.

Mac shot back by stating she intended to contact her state’s attorney general and file a dispute with her credit card company over Cerebral’s “predatory” behavior.

In comments to the Daily Dot, Mac revealed that the company eventually backed down and agreed to issue her a full refund. But Mac says she isn’t satisfied knowing that other customers of Cerebral could be going through the very same issue.

Mac went on to contact not only her Attorney General but the Better Business Bureau (BBB) and Trust Pilot. She also intends to contact the Federal Trade Commission (FTC) as well.

“I hope all this forces them to change or at the very least warns vulnerable people to stay away,” she added. “It is hard enough to ask for help without companies scamming people they couldn’t offer services to.”