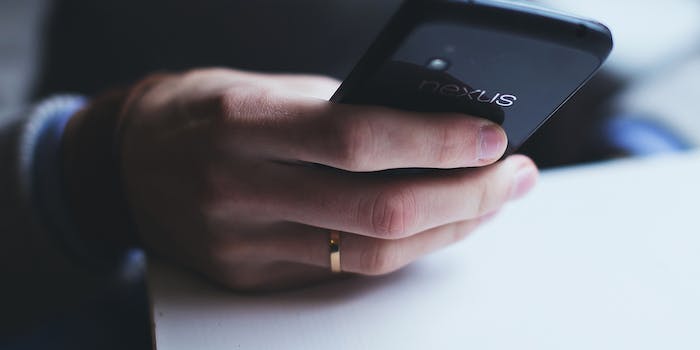 Investors just gave this company $6.25 million to make a walkie-talkie

Maybe we can give millions to bring back the eight-track next!

Do you get that déjà vu feeling from time to time? Do you ever think, “I’m pretty sure this happened 15 years ago?” Well, some tech investors apparently don’t, as they have decided to give $6.25 million in funding to a company that is essentially making a walkie-talkie, according to GeekWire.

OnBeep describes itself as a company that “makes beautiful wearable devices that unite groups and allow people to easily collaborate in real time.” The CEO of OnBeep, Jesse Robbins, says OnBeep’s wearable will allow you to connect with people without looking at your phone. (Since when did looking at your smartphone become an unbearable burden?)

“From people organizing sports events and music festivals, to friends on a ski trip, to parents keeping track of kids at the zoo, our most memorable experiences are created when people work together in real time. OnBeep brings mobile groups together without the distraction of looking at their phone,” said Jesse Robbins. “We make it easy for people to instantly connect, collaborate and do amazing things together.”

So a walkie-talkie on your wrist? Or maybe a beeper, as Business Insider suggests. Either way, this is 1998. At least this isn’t as bad as MakeSpace, a company that raised $10 million from investors and was referred to as the “Dropbox for physical storage,” which is fancy tech talk for “we just gave a company $10 million to make a box you can put stuff in.”

“There are countless mobile messaging apps, and none of them give people a way to stay connected to each other without having to look down at their smartphone,” says Rich Levandov, a partner at Avalon Ventures, and one of the investors in OnBeep. “We backed OnBeep because we believe they will fundamentally change the way the world communicates.”

Silicon Valley gives $16 million in funding to companies that are building things that already exist (like boxes), and then wonders why it has an image issue. Let’s come up with some better ideas to throw obscene amounts of money at—or at the very least, new ones.